Is this the decade AI finally beats us at creativity? 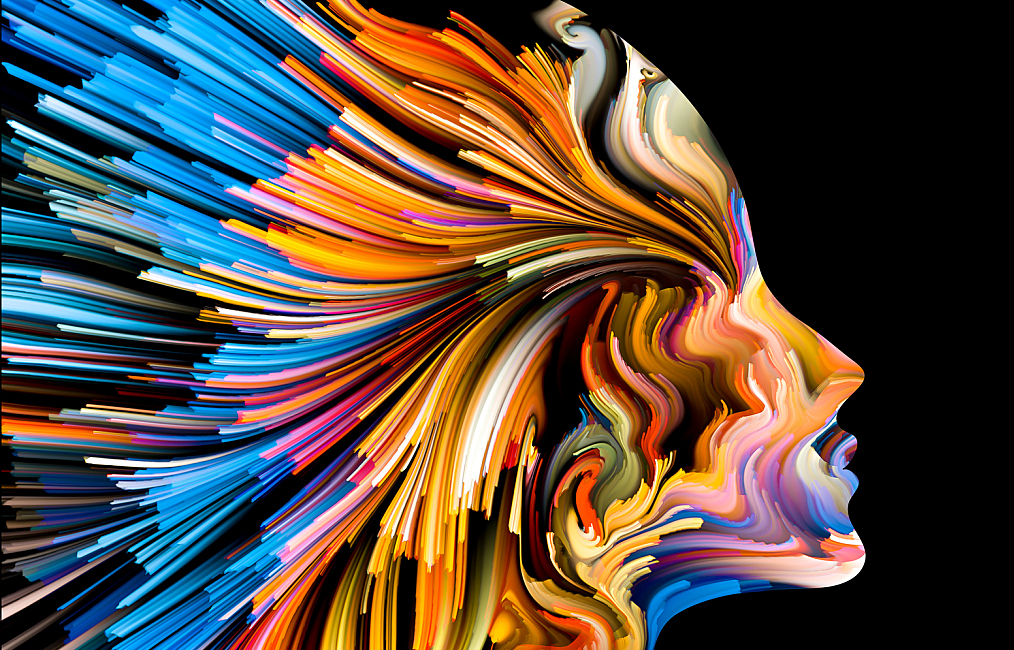 The creative industry is increasingly using AI to create content, from advertisements to art. But is an AI’s creative capacity limited to what a human can teach it, or could AI match – or even surpass – human creativity in the future? What would this mean for the advertising industry in general, and creatives in particular?

I love the thought of combining AI and creativity. Teaching a machine to address problems with creative thinking? It’s stuff from the future. This past year we’ve seen many fun and interesting examples of where the creative industry has used AI to create ads, music, art, etc.

‘AI and Kennedy’, made by a group of creatives, is the result of an experiment to see if an AI could write a new Nike ad by feeding a neural network with an assortment of past Nike commercials. The result is funny, uncanny and interesting.

Such an example makes you wonder if AI’s creativity is limited to what we as humans can teach it and / or can imagine. In a recent article in The Wire, Anna Marks writes about the impact of AI upon our definition of human creativity, stating that while AI is still a way off from a human’s creativity, there’s evidence that it’s starting to develop some creative characteristics.

Marks goes onto cite historian Yuval Noah Harari, who wrote, “humans are essentially a collection of biological algorithms shaped by millions of years of evolution.” When thought of like this, she argues, humans are ‘closer to AI than we might have thought.’ Does this mean that it’s only a matter of time before AI is our equal in the creative industry? 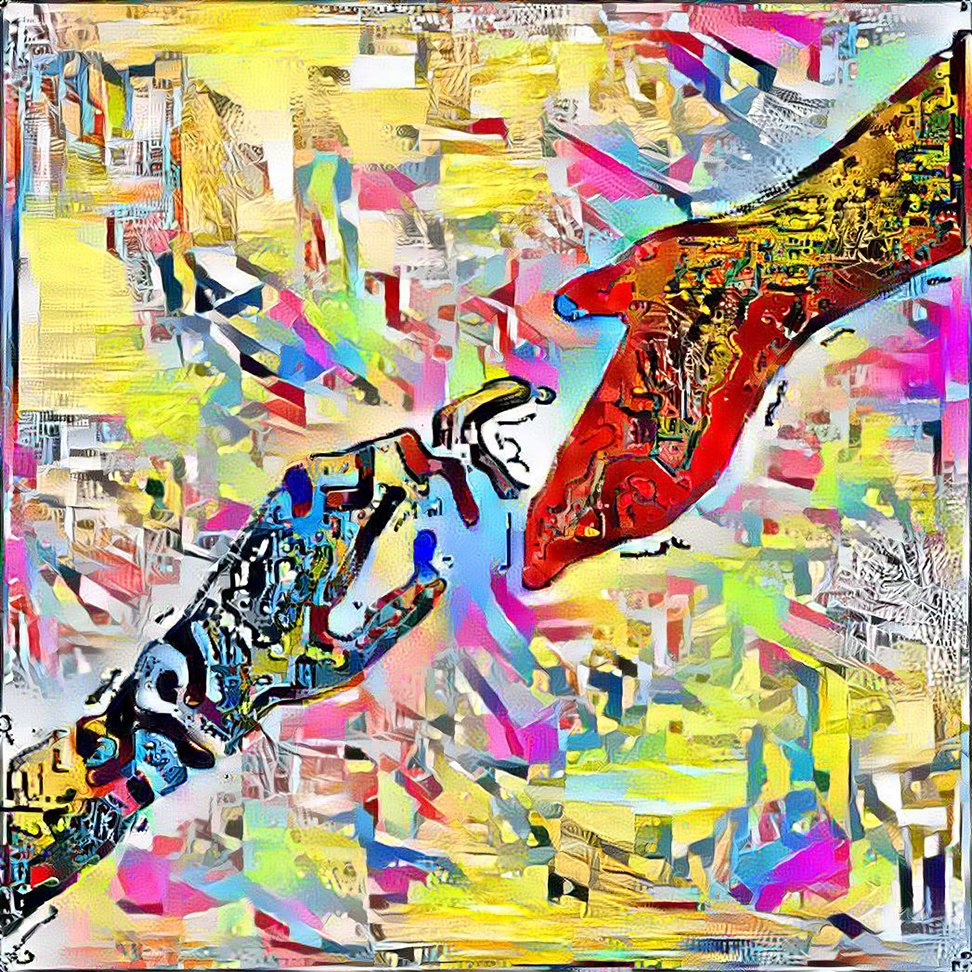 Yet Alex Wulff, writing for The Next Web, argues that what might appear to be AI creativity, is in fact, ‘algorithms [that] are simply manipulating symbols then concatenating these results in a meaningful way.’ This does not, he argues, ‘represent understanding.’

Katherine Schwab similarly contends that, ‘even as AI creeps into creative fields, it is still only doing the work of recommending ideas to a human designer, who is spared some of his or her job’s mindlessness but still makes the final call about what a website or app will look like.’ The creative part of creativity, then, is still very much a human domain. Schwab says that, while neural networks – a common form of AI – are ‘good at identifying patterns, they fail miserably to anticipate when a pattern will change, let alone connect one pattern to an unrelated pattern, a crucial ingredient in creativity.’

So could AI replace us creatives? You’ll get a different answer depending on who you ask: a sociologist, an artist, or a technologist will all have different takes.

Going beyond the question of ones and zeros, we arrive at the issue of how we define human creativity. Are we just biological algorithms that can be mimicked and copied? Or is there something more to the human creativity that even we as humans aren’t able to recreate?

We see that in the tech industry, data is the main driver for what used to be creative decisions. Big tech companies like Uber build their whole product design on user data, and they’re not alone. Using data to make design choices has been a recipe for success in the past decade, and it takes us one step closer to eliminating the middleman in this decade. The middle man being human creatives.

If you ask a simple Art Director (like myself), they might tell you that there is something that is missed when feeding neural networks or using data to steer design choices. The missing (but very human) ingredient is stupidity. Humans are erratic, and we tend to think of AI and data as an attempt to create better, more perfect versions of ourselves.

Erratic decisions are arguably as, if not more, important than consistency in design, especially if the design has an awareness purpose. We make random and sometimes ridiculous decisions when we create. This intangible ingredient in the creative process is what can make a difference. It’s not what all good design is built on, but it could be what makes good design become memorable.

But can perfect become too perfect? And if AI and data become the main contributor to our design, who in the end are we designing for? Humans? Or would the AI design for the AI?

If we look at the game industry, where AI has been implemented in different stages of the process, we can see the danger of perfect becoming too perfect. Bug and glitch testing can now be easily done by AIs, which can discover every possible way that a game could be broken. This would, in theory, create 100% glitch-free, or “perfect games”. Yet a game without any possible glitches seems a bit stiff and sterile, which is something I don’t associate with the gaming industry.

Countless games have become famous for stupid yet hilarious glitches. These have created endless hours of streamed material, which in turn makes these games loved. Glitches have inspired different forms of gaming subcultures such as ‘Speed Runs’, where gamers use glitches in the game to try to beat them as fast as possible. Some games today are even deliberately made with glitches and bugs in mind to make them funnier and less predictable. In my opinion, perfect games would simply make the games less creative for the player. 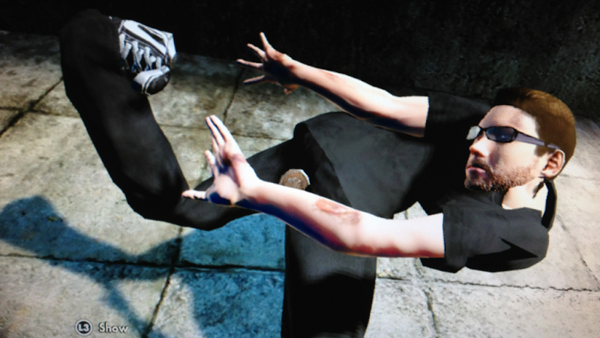 I’m not suggesting that Uber and other heavy UX platforms should make more illogical design decisions if it is partly consistency and logic which draw the viewer in and make them feel comfortable. But it’s the off-beat, disruptive, and unpredictable design choices that keep the viewer awake and interested. At the end of the day, knowing the goal of your design is the most important part of the design process.

So the question is, can we teach a machine to be as stupid and unpredictable as humans? If not, then it’s our own erratic, random and sometimes illogical thinking that will keep us in the driving seat of creativity, and ensure the upcoming decade keeps creating memorable design experiences.