The end of digital advertising as we know it

When Google announced to stop allowing the use of third party cookies by the end of 2021, the advertising industry entered into an “identity crisis”. Firefox and Safari already banned the third party cookies, but since these browsers have a relatively small market share, this ban had little effect.

Google’s announcement raised a lot of questions: How will we be able to personalize ads? How do we know who we are targeting? How will this affect the revenue models of publishers? Is this the end of digital advertising as we know it?

In this Attention Academy paper we focus on the impact of these privacy measures on the advertising industry, focusing on Reach and Creativity.

Let’s have a closer look
For years third party cookies have given brands and publishers the ability to track and attribute behavior across websites and apps. It is this premise that has allowed online-advertising advocates to claim and sell online advertising as a much more transparent and effective medium compared to traditional advertising. In many ways this premise has shaped the creation of online ads and how they are being optimized and distributed.

In order to get a clear picture of the changes and opportunities of a cookie-less world, we zoom in on three different stakeholders affected by it: Consumers, Advertisers and Publishers.

We do this together with two experts on this topic: Alexander van Elsas (Managing Director of ADGOJI a Performance Based Marketing Company) and Tom van Bentheim (Manager Digital Strategy of STER the authority to sell advertising space of all Dutch Public Broadcasting Channels).

The Consumers
For consumers no big visible impact is to be expected. Without third party cookies, the most tangible benefit is that privacy is at their fingertips: they will have more control if desired. Something that has increasingly become more important for consumers and society throughout the last five years.

The downside could be that consumers will feel the increasing persuasion from publishers to register. And in the end it is likely that in the near future content will only be accessible to those who have registered.

And although a cookie-less world will limit sharing of data across the web, data is still being collected. When using social media for example, you can be certain that Facebook, Google, Snapchat, TikTok, etc., will track and log every move and behavior performed on their platform.

The publishers
For publishers the ban of cookies can have a deep impact regarding the revenue model they are using. For example if they rely on the Google Ads Inventory it could mean that the ad space they have is harder to sell or at least that the revenues from their ad space will be significantly lower.

That’s why publishers need to think of alternative revenue models or making sure people do register on their platform so they can be tracked and targeted accordingly.

The advertisers
On the advertiser’s side, it is not clear yet what to expect. Since the beginning of digital ads, cookie based advertising have been praised as the holy grail of communication. Because with the available identification and data collected, you could target specific user profiles and groups. No wasted resources on delivering ads to people outside your target group, only ‘interested’ people would see your ads. Or at least that was the promise.

In a cookie-less world, advertisers need to rely on what the industry comes up with to satisfy their “targeting-distribution-attribution” craving. What can they offer? What techniques will be used to track and trace user profiles? What will the costs be for an online campaign?

One possible scenario could be that ad space will be available at much lower costs due to lack of attribution. Nevertheless this lack of attribution will mean that one must reach a significantly bigger number of people if one were to have similar CTR’s as advertisers currently enjoy. This will basically mean that consumers will be served ads with less relevant messaging, resulting in more banners being blocked and ads being skipped or ignored.

In an alternative scenario, advertisers will stick to the third party cookies model as their guiding principle but only serve their ads mainly on the two biggest ad networks of Google and Facebook. By doing so they skip the ‘smaller’ publisher networks. Which could mean a serious reduction in the channel mix.

In both scenario’s you could question if an ad campaign will be as effective as they are nowadays. But can we also think of a third scenario? 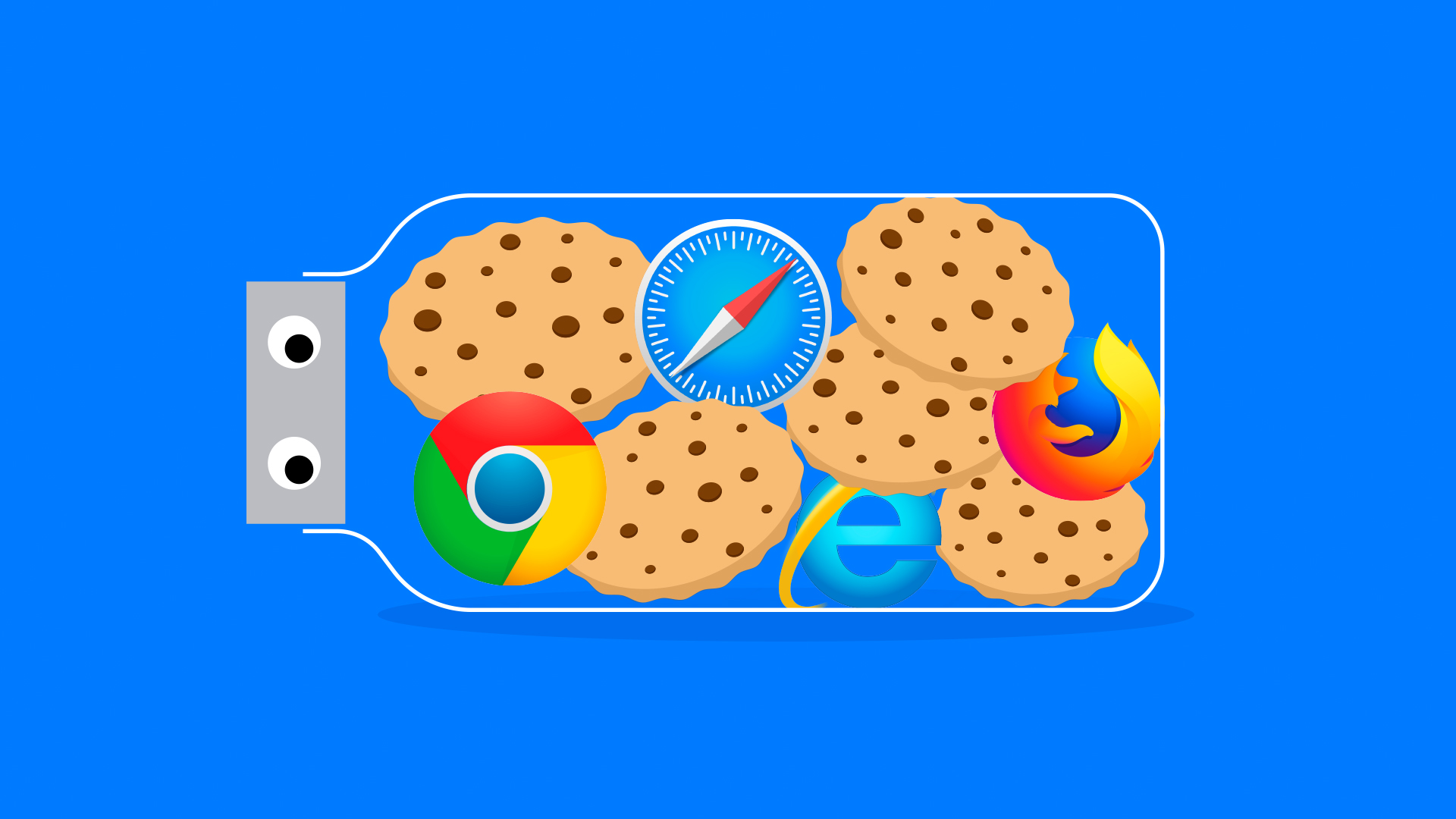 Time for new insights in a post-advertising world
Is a cookie-less world really that bad? Isn’t it also an opportunity to come with new campaign models? Better ways of advertising that are beneficial for all parties involved?

The last decade the advertising industry was faced with a lot of challenges. Consumers increasingly skipped and blocked ads, chose subscription models to avoid annoying spots, and were in some instances numb or non-receptive to campaigns. And yes, the industry responded with a ban on very intrusive and aggressive ad formats and plenty of codes of conduct. But this could not prevent the unpopularity of the industry for many consumers. In fact, we are living in a post-advertising world where the old push marketing models no longer seems to be effective enough.

In a post-advertising world new insights and new ways of advertisement are needed.

The importance of relevancy
The STER is a public broadcasting company and as such bound to follow EU privacy regulations. Once GDPR was in place, STER implemented a cookie-wall: a digital wall asking users about their cookie preference before directing them to the content. The effect was felt immediately. “Only 10% of our users were accepting cookies.”, says Tom van Bentheim. “It implied a big revenue loss from our ad space. In other words we saw in a very early stage the challenges of a cookies-less world and we had to find a solution quickly”.

As a result STER started to create their own tools in 2018. Based on the premise of Non Personalized Targeting, they wanted to create an environment to help advertisers buy relevant space for their ads. They used meta data and analyzed the subtitles of their content (from articles to online video content), to determine the exact context of the available ad space. Over twenty separate context channels were created from Holiday & Travel to Cooking, from Politics to Sports. And because of this specific context analysis, the tool is not limited to the general topic of a program but can distinguish very specific subtopics the program covers at a certain moment (half way in a TV program for example). This opened up much more dynamic advertising solutions that were not possible before. In the end they created a contextual targeting tool that could serve ads in the right context at any given moment.

The main reason is obvious but was not proven until now. “Running your advertisements around relevant and high quality content has a positive effect on a campaign. The target group is more likely to pay attention to ads that are shown around content that they already like.”

The contextual targeting tool STER has developed is definitely the first step towards innovation in the new advertising landscape, and a huge win for publishers. It opens up new revenue models based on contextual and dynamic advertising and it offers advertisers more control over how their ad will be perceived at the moment of consumption.

The importance of variation in messaging
Despite the praise towards cookie-based digital advertising, ADGOJI noticed the limitations of it. In the campaigns they were running for their clients they saw that tracking users across apps and websites does not necessarily deliver better results. Media planning is often crafted into a specific linear customer journey, luring the consumer from attention to consideration into action. But this linear thinking doesn’t always stroke with reality.

As Alexander from ADGOJI pointed out: “The current system assumes the consumer himself has no free will. However we do! The premise that it’s a linear funnel process is completely not true, we need to change that perspective. Being able to track a user through the different touch points just gives us the illusion of control but in reality there’s no proof that this is really more impactful than other types of distribution.”

This aligns with the insights from STER. While we would normally track and target by behavior, we will start seeing targeting by interests and context. In addition to this, contextual targeting also means that message variation throughout the different touchpoints of the journey is more important than ever. Especially because you can’t really know where in the purchase decision journey, your customer is at a given time.

At this point Alexander sees a lot of innovation coming from new and old players to create a new standard for the industry that is not based on tracking. “These tools”, he mentions, “will be focused on contextual relevancy and optimizing specific consumer touchpoints, and will have AI as the backbone.” 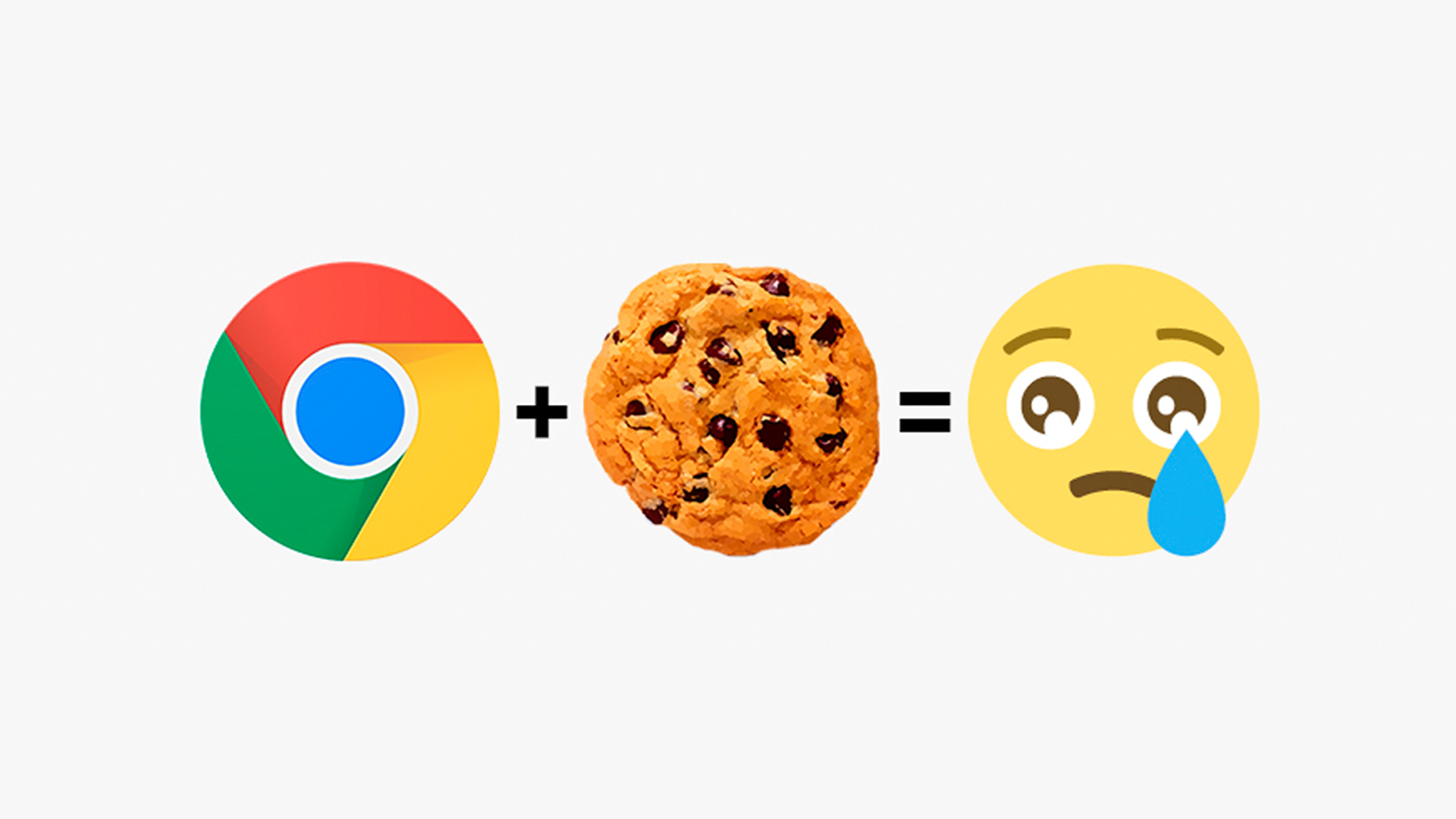 To conclude
In a cookie-less world, independent publishers really need to rethink their privacy-first data sources to be able to deliver contextual targeted ad experiences and prepare for a new digital advertising landscape. They will have to work together to create a standard for contextual targeting and ad distribution. Otherwise they risk leaving this huge opportunity to big media networks or the already powerful social media companies.

What does this all mean for brands and advertisers? It means that we will see a structural change in the way we craft and distribute our message. Instead of focusing on demographics and behavior, advertisers will have to create ads that are relevant to the context the ad will be shown. This means a deep understanding of your audience lifestyle: What kind of news do they read? What type of shows are they interested in watching? Which sources do they trust?.

Furthermore a more dynamic and relevant message needs to be communicated across touchpoints because we will not know when a new or recurrent user will interact with the brand. We will see slight variations of messaging across different touchpoints, to make sure the consumer will pay better attention to them. That is if we do part of our job correctly: deep consumer understanding

Lastly dynamic data, real time information about the context the user sees an ad, will come as a feature that can bring a lot of creative opportunities. When the context of the ad (the content in which it will be seen) is mixed together with the time of the day or the specific weather of the region (dynamic data) we could see new ways of storytelling through digital medium. One that is more relevant, more accurate and might deliver better results. This new landscape has just opened and there are plenty of opportunities and players that can drive real innovation. We’re entering an era that asks for a renewed valuation of creativity. One that asks customization over one size fits all.