30 million views for No Need to Rush! 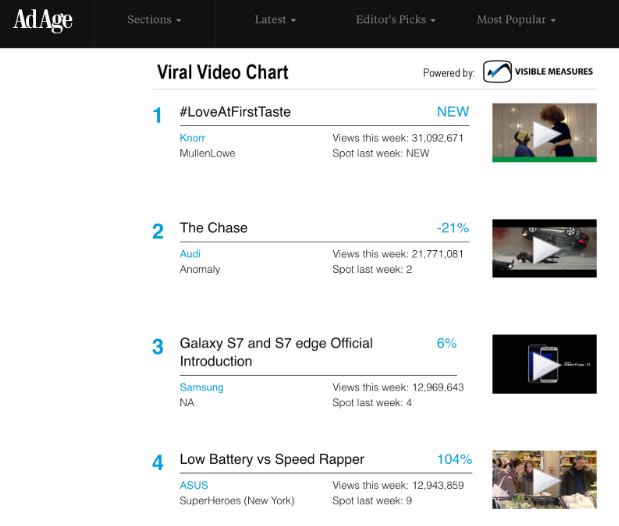 We launched  the ASUS film, Low Battery vs Speed Rapper onto the internet on april 19th and it has since been heralded as ASUS’ most successful campaign. Ever. Garnering a top spot in the global viral video chart for three weeks in a row cemented the success. Here’s more insight on how the campaign started to fly.

The #NoNeedToRush campaign was the first to be both developed and executed together with SuperHeroes New York branch. Something we are incredibly proud of.

Speed Rapper Mac Lethal himself proved a strong influencer by energizing his existing audience to assist in the first push. He posted on Facebook as well as Youtube in a staggered release to get the ball rolling with his fans. As fans do, they were relentless, in stacking up positive comments and showing the film to anyone who would watch.

Roughly 5 days after the launch the media buy kicked in. The media budget was to be divided roughly 70/30 between Facebook and YouTube. At this point, the expectations were high. Our 10 million view goal seemed ambitious on beforehand. But after 8 days we  were well over the 20 million mark. The cost per view surprised even the most optimistic among us, bottoming out at about $0.005.

Today we stand at 30 million views, half a million likes, hundreds of thousands of shares and staggering  amount of great comments: ‘never thought I’d love an ad so much’, and ‘I destroyed the replay button’. Consistently also the 38 days battery time was recalled. Message landed :-). 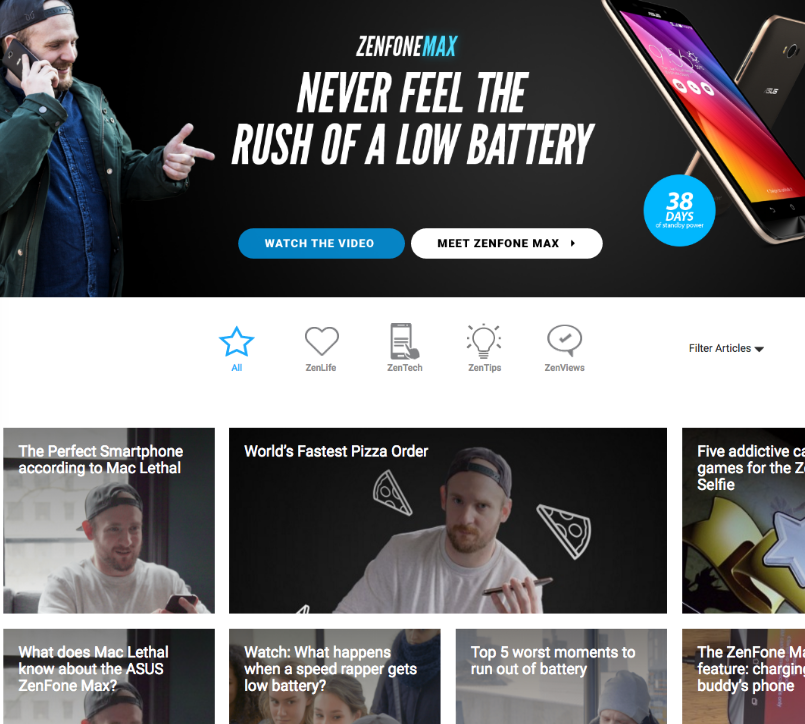 On ASUS.com we developed a content hub to make the viewer journey more valuable. From all touchpoints, as well as from ASUS’ Facebook page, people were channelled to the content hub. On the hub a newly converted fan of Mac Lethal could enjoy more ZenFone Max content items around ‘low battery moments’, and of course find out more about the phone.

‘No Need to Rush’ consisted of 2 main films and 3 follow up videos. Also we created a range of  additional creative content (articles) and a special activation.

For a period of 3 weeks the campaign was continously refreshed. Each piece was targeted to a refined target segment. Also we connected to the Mothers Day momentum by launching a special Mother film.

The videos are all bite sized, no more than a minute, which also made it easy for people to click and share. Haven’t seen all films yet? Here they are: