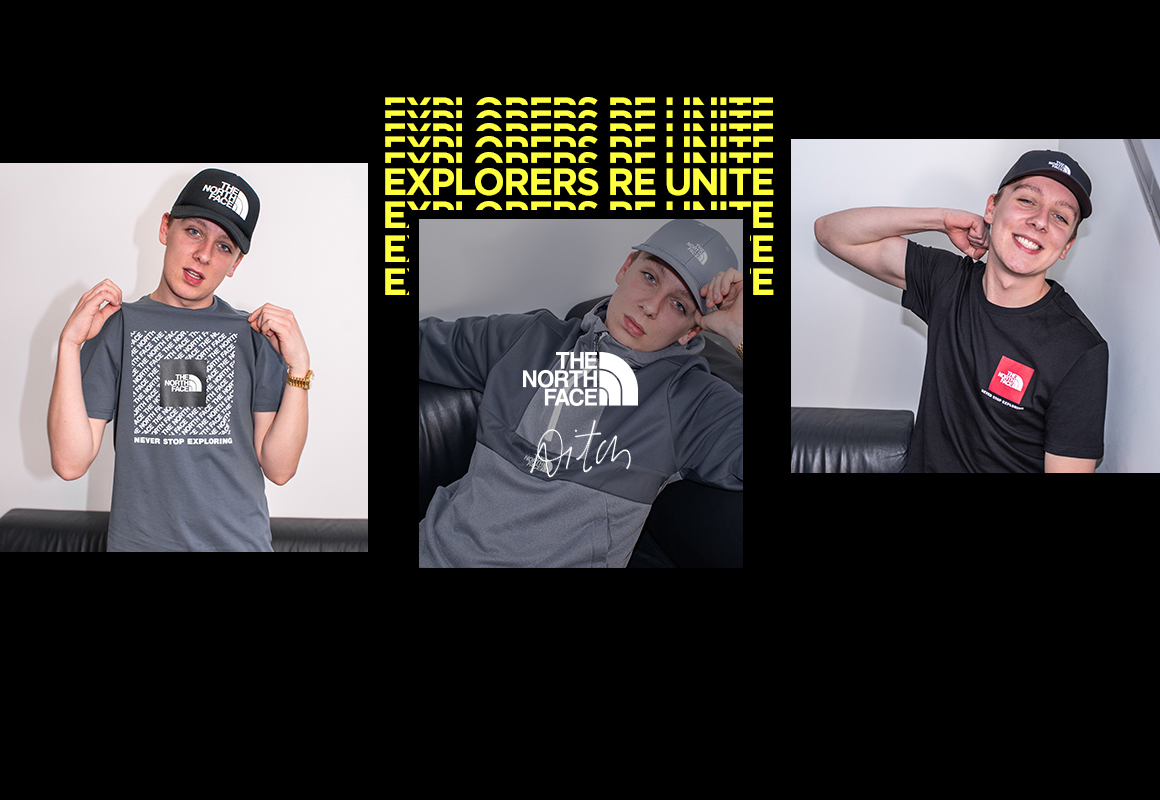 Aitch performs green screen concert with the help of his fans

In collaboration with The North Face and Manchester rapper Aitch, we gave fans something to dance about in challenging COVID times… a concert that happens anywhere they want.

With lockdown dragging on, The North Face and JD Sports wanted to connect with their audience in a way that didn’t involve some overly formal company statements about COVID-19. Instead, we looked for something more engaging, that allowed them to still explore without leaving their homes. 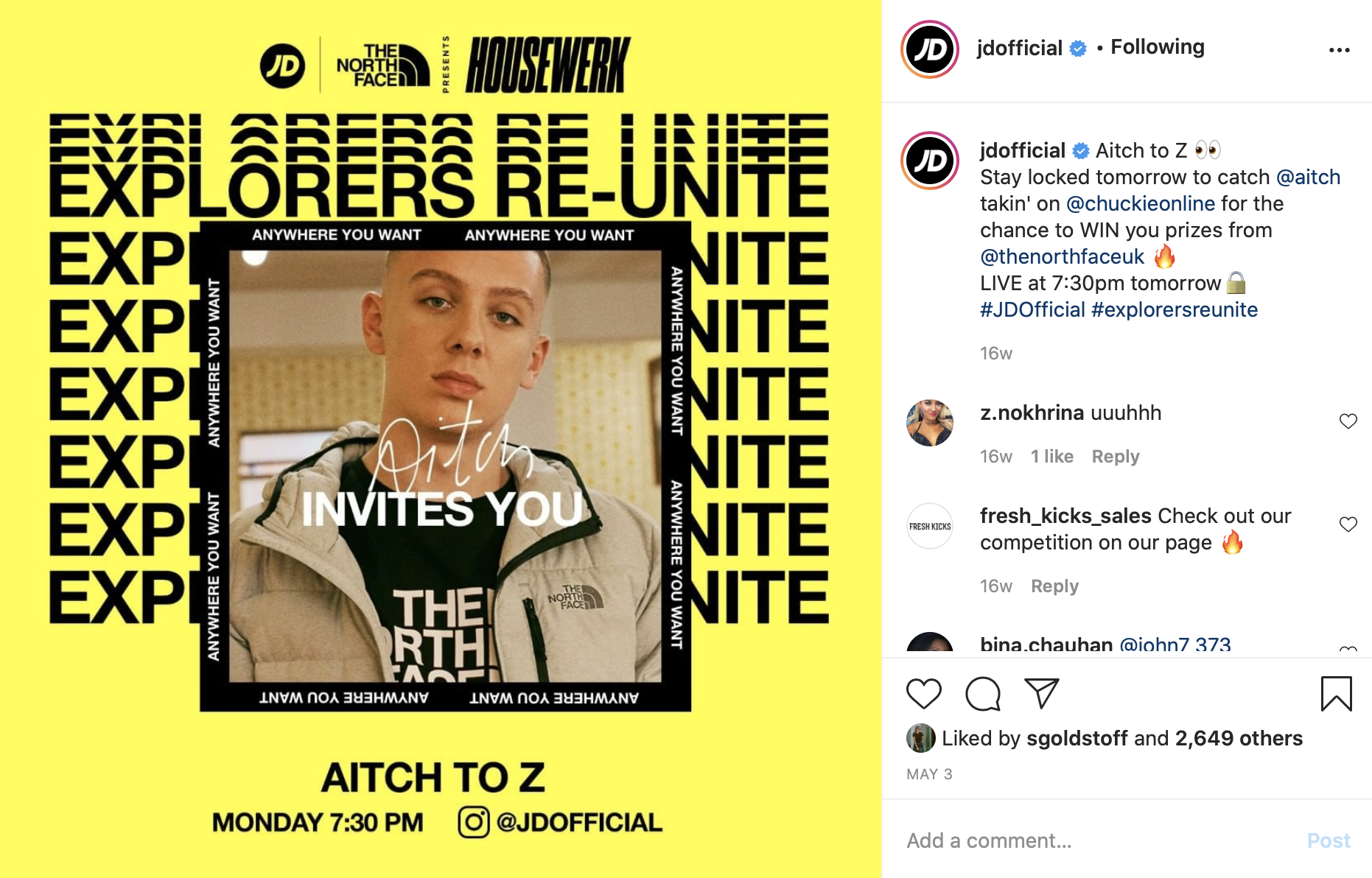 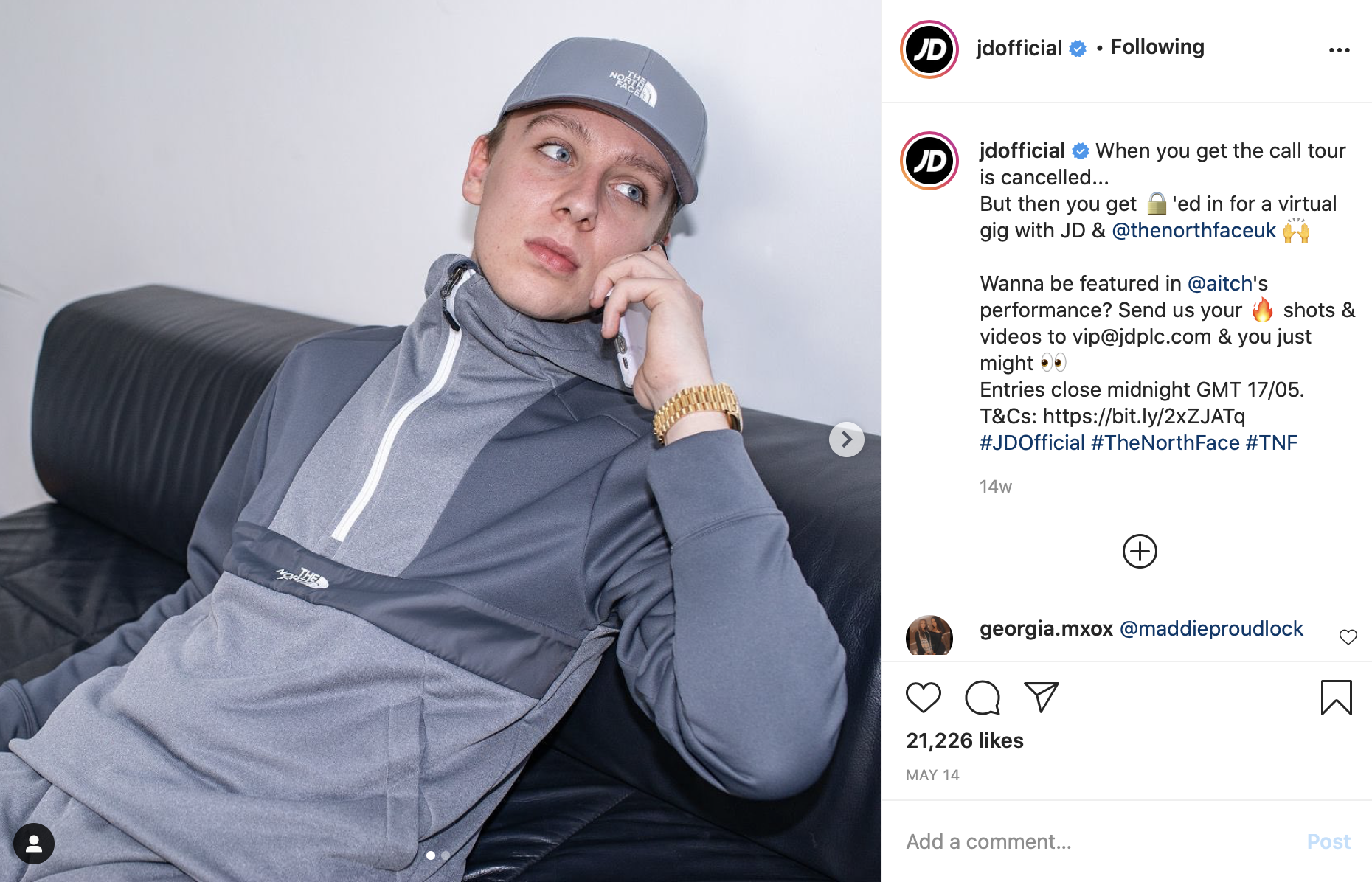 The Explorers Re-Unite concert
Explorers Re-Unite is an open exploration project that challenges fans to dream big and send in videos of where they want to see Aitch perform. In your living room, on your street, on stage at that canceled festival, anything was possible. This fan sourced content was then keyed in on the green screen and acted as the backdrop for his online performance.

To kick things off and build the hype, Aitch announced the concert idea during a JD sponsored quiz show on IGTV. Shortly after we released a series of video posts inviting fans to send in their concert ideas. After a week, the best videos were selected and edited together to form an entertaining backdrop for Aitch’s concert.

A crowdsourced music video in a no crowd time
In the end, fans got an unexpected source of entertainment, and a new way to stay connected with friends. Yeah 🔥🤘.

This campaign was shot vertical and horizontal, including photography and all storytelling, all in quarantine lockdown in Manchester and Amsterdam. Stay safe all!