Amsterdam bikes get a second life for V2C gin 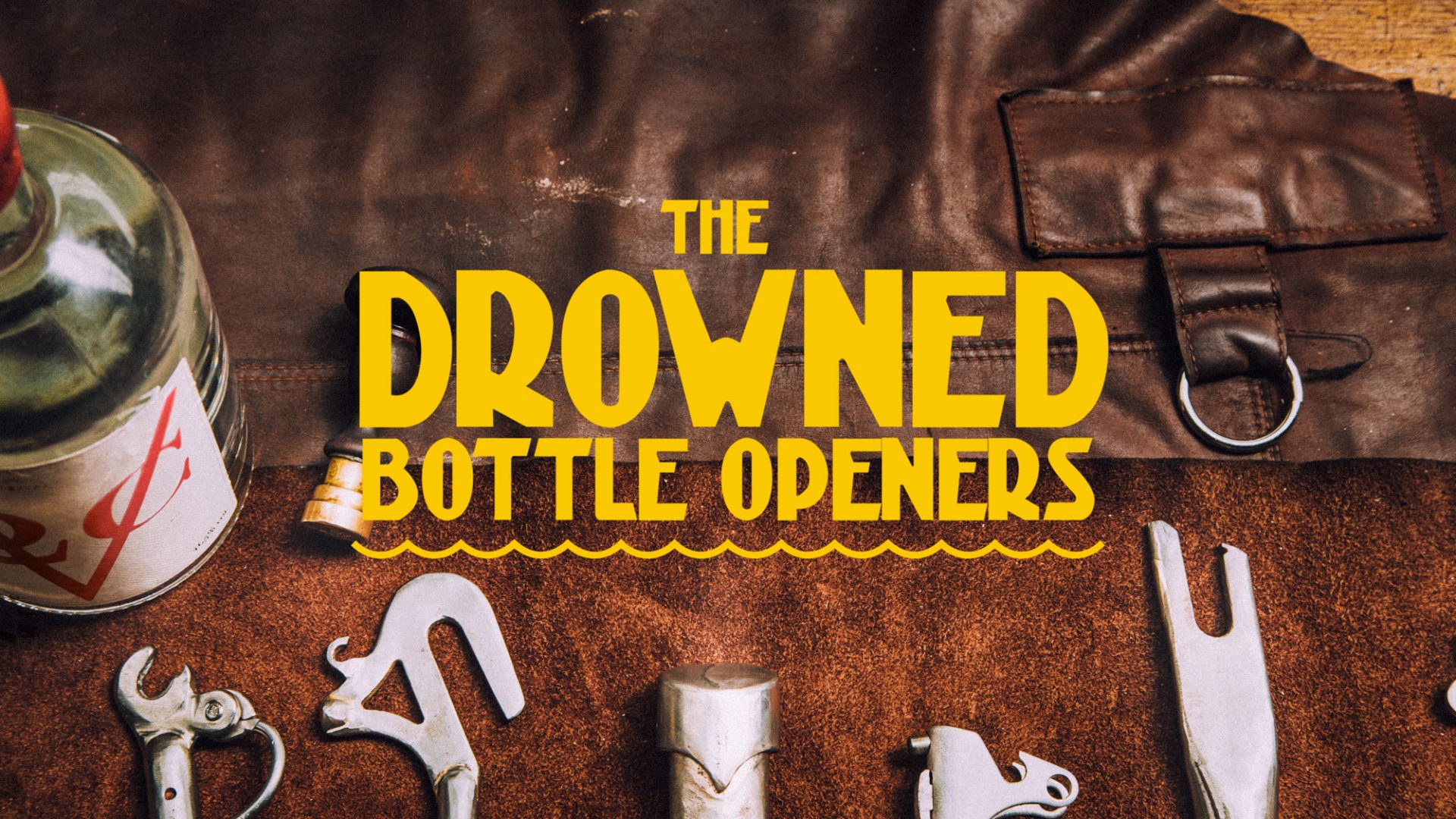 The lovely city of Amsterdam, home ground of our SuperHeroes headquarters, is known for its bicycles. With over 800 km of bike lanes and more bikes than inhabitants, bikes are the city’s most prominent means of transport. However, there’s also a big downside: each year almost 15 thousand of these bikes end up in canals. For V2C, the Amsterdam gin brand, we came up with an idea to pay homage to the city and give these drowned bikes a second life.

The Drowned Bottle Openers
Together with artist and designer David Kroupa discarded canal bikes were collected to re-use them as bar tools. From different parts of the bikes, Kroupa designed a series of different bottle openers. Each opener originates from a different part of a drowned bike. Finished off with V2C’s trademark red seal, the result is a unique handcrafted set of tools for bartenders and gin lovers.

The campaign is rolled out to activate bartenders and create brand preference amongst a target audience of gin enthusiasts. 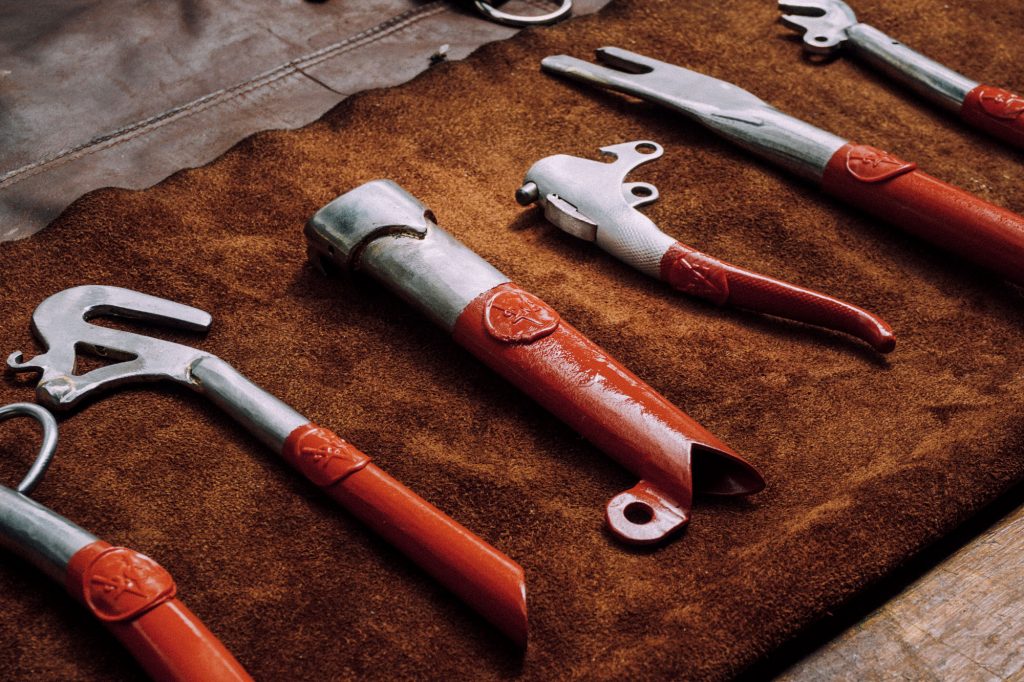 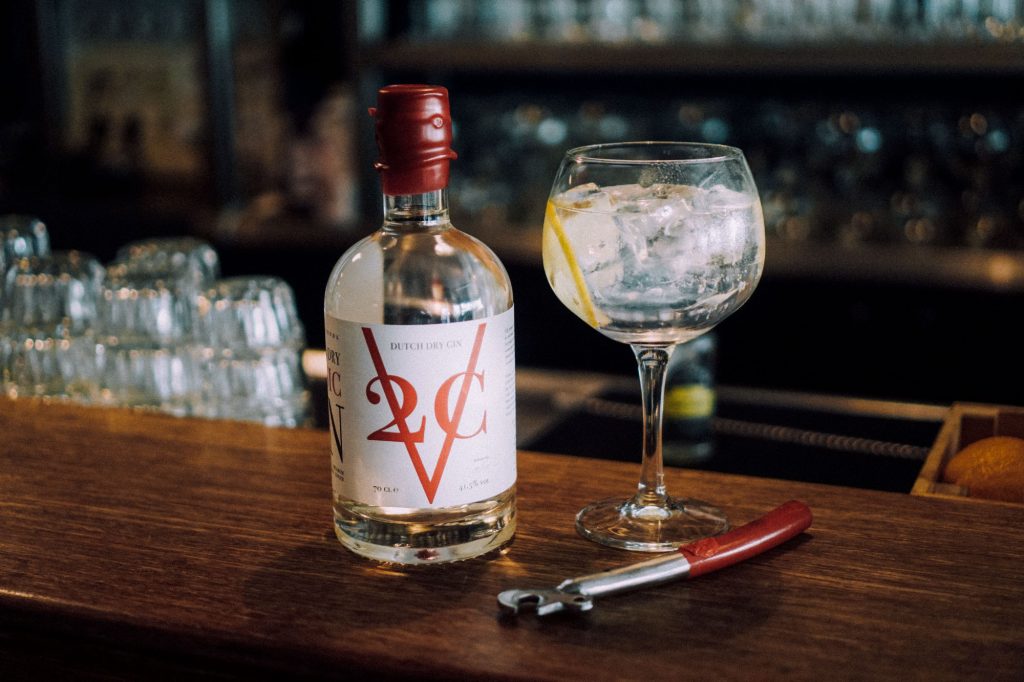 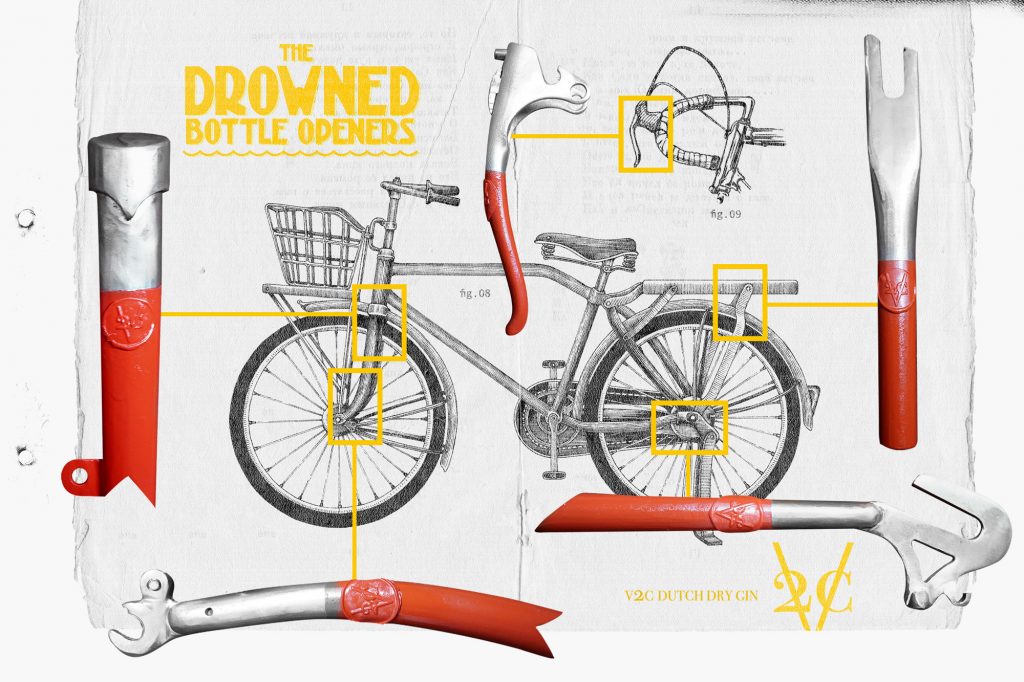