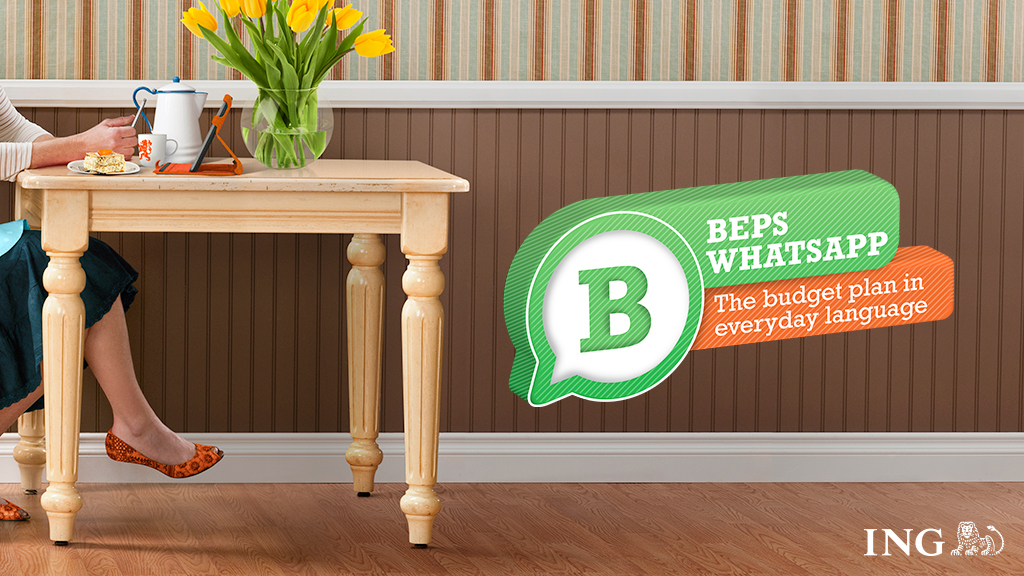 “Prinsjesdag” is a yearly happening in the Netherlands when the government presents its budget plan. But these numbers and figures have gotten increasingly incomprehensible for the average Dutch person. We felt it was a problem worth tackling for ING, one of Holland’s largest banks.

We introduced Bep’s Whatsapp: a streetwise, mature lady who loves the royals and knows how to handle her own wallet. And by connecting through Whatsapp, she was able to explain the national budget plan to anyone, in her very own language.

From her personal headquarters at the ING main office she really came to life. Using her own witty wisdoms and backed by our crack team of financial experts, she was able to answer over 3.000 questions. Within a few hours her chats found their way through the web reaching more than a staggering 1 million impressions on Facebook and Twitter in just one day.

Bep helped people from all walks of life. Whether they’re a young mother in a small town or a bar owner in the capital, worrying about taxes. At its peak, Bep chatted with more than 2.100 people on a smorgasbord of questions.

ING hit a real nerve by using WhatsApp as a personal medium. This allowed participants to come forward with very personal questions without being exposed to the public, like on Twitter. The character of Bep reinforced this face to face nature of the interactions. And most importantly, the ING’s expert advice was told in an engaging way. 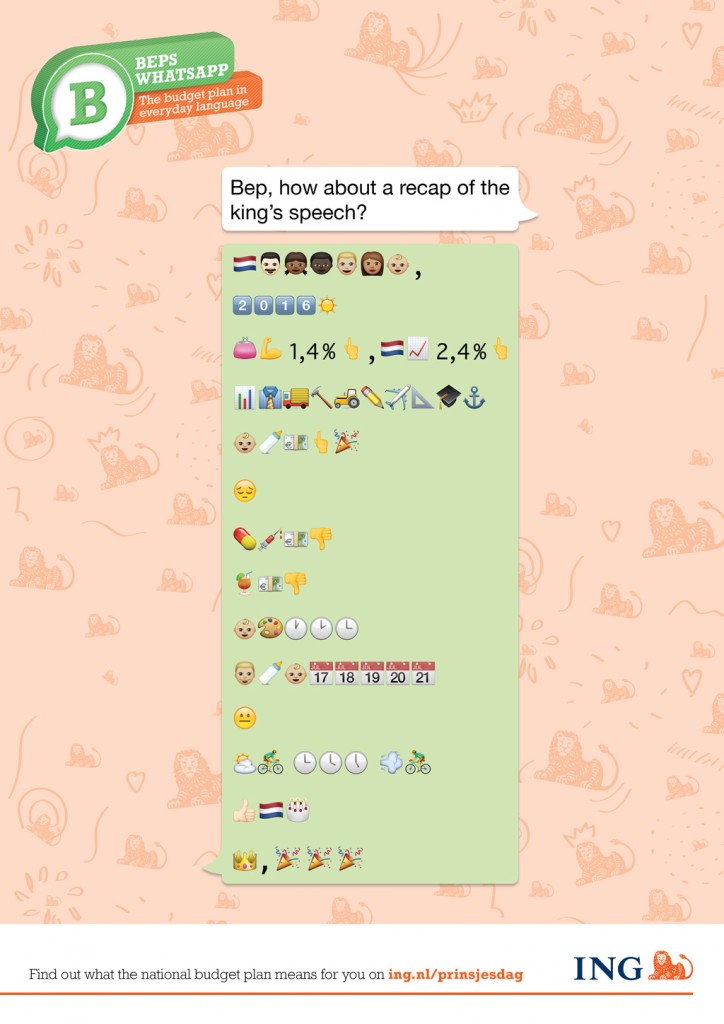