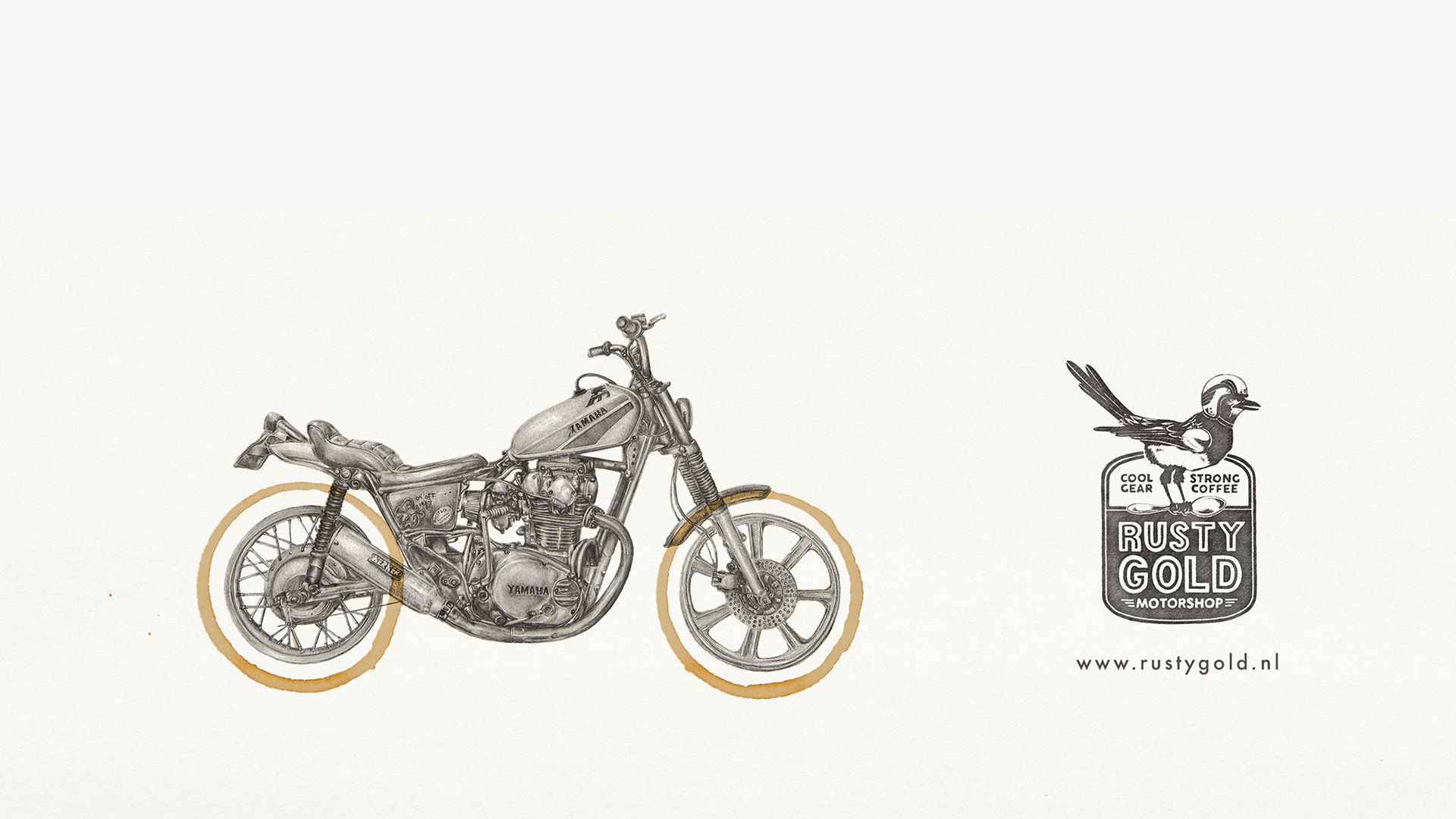 At SuperHeroes we love motorbikes. We also love the enthusiasts who set up a bike shop and serve coffee, creating a cool hang-out like Rusty Gold Motorshop.

Together with San Diego-based illustrator Carter Asmann we’ve created this ad series for Rusty Gold, a local motor shop annex coffee bar in Amsterdam. Asmann only used coffee rings and a pencil to draw Rusty Gold Motorshop’s very own Yamaha XS650, a beautifully worn custom-built flat track racer. Next to this, he also used a BMW R100 and Easy Rider’s “Captain America” bike for the campaign.

The advertisement series is published in European motorcycle magazines such as Sideburn. The limited edition prints are up for sale in Rusty Gold Motorshop and via www.carterasmann.com. 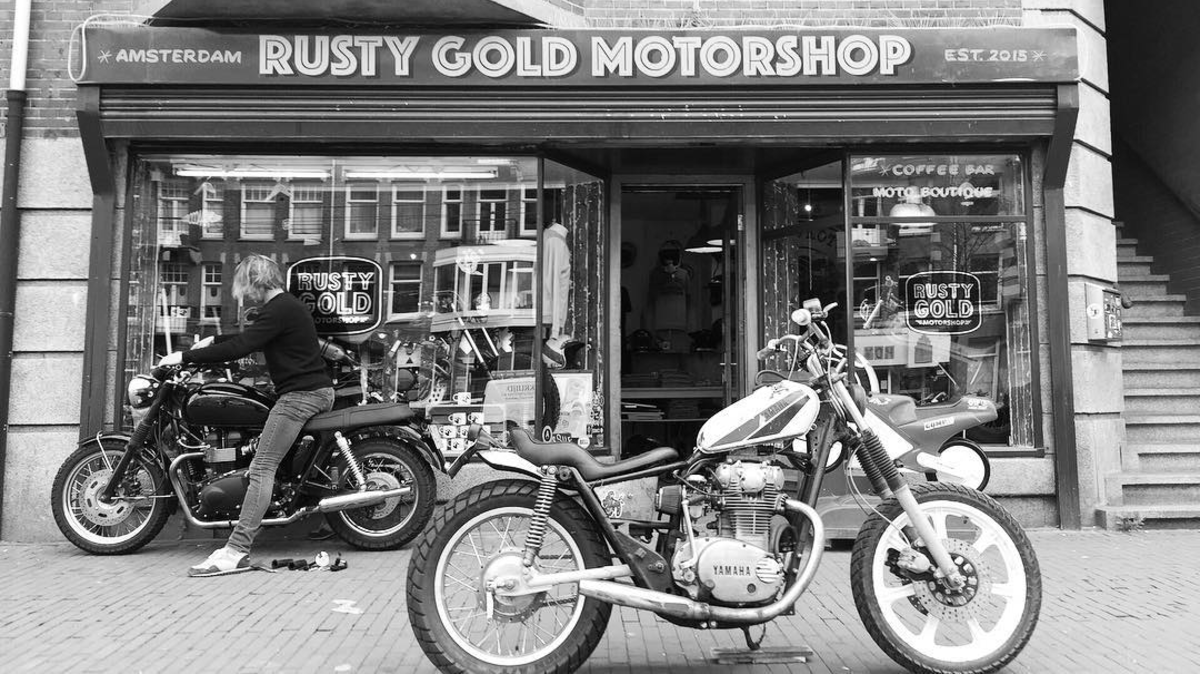 Zoran Holtkamp, impassioned owner of Rusty Gold (and the XS650) is now selling Carter’s prints in his shop. Holtkamp: “It’s amazing to see the detail he puts in the drawings. And I love the idea of using the coffee rings. It’s so strong. Like our espresso shots.” 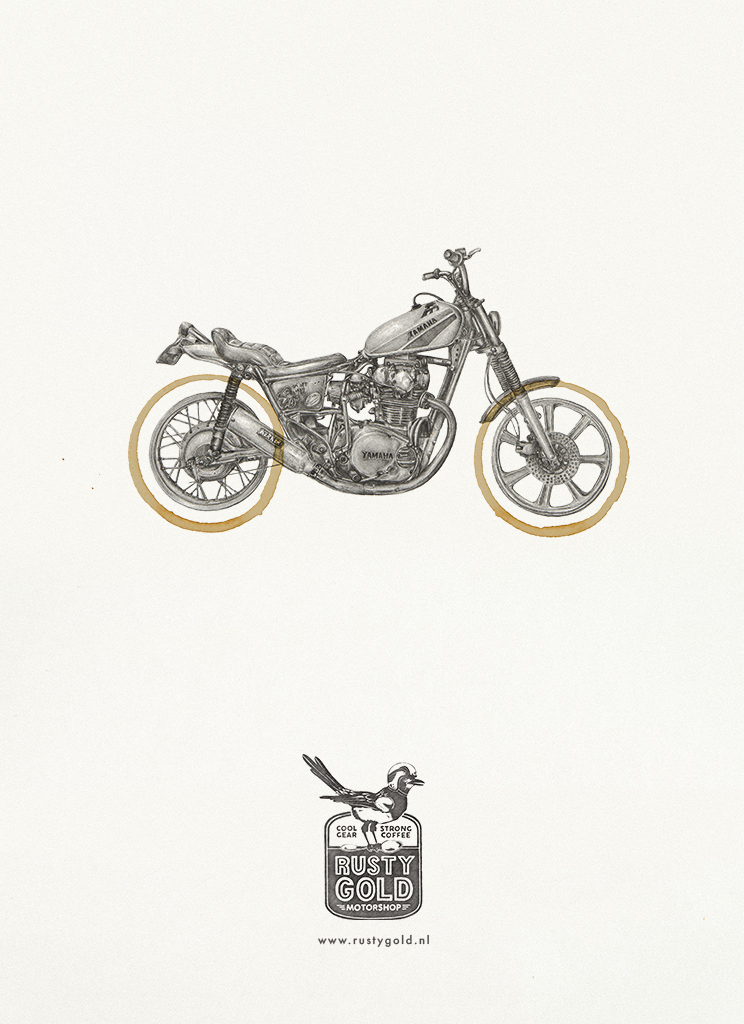 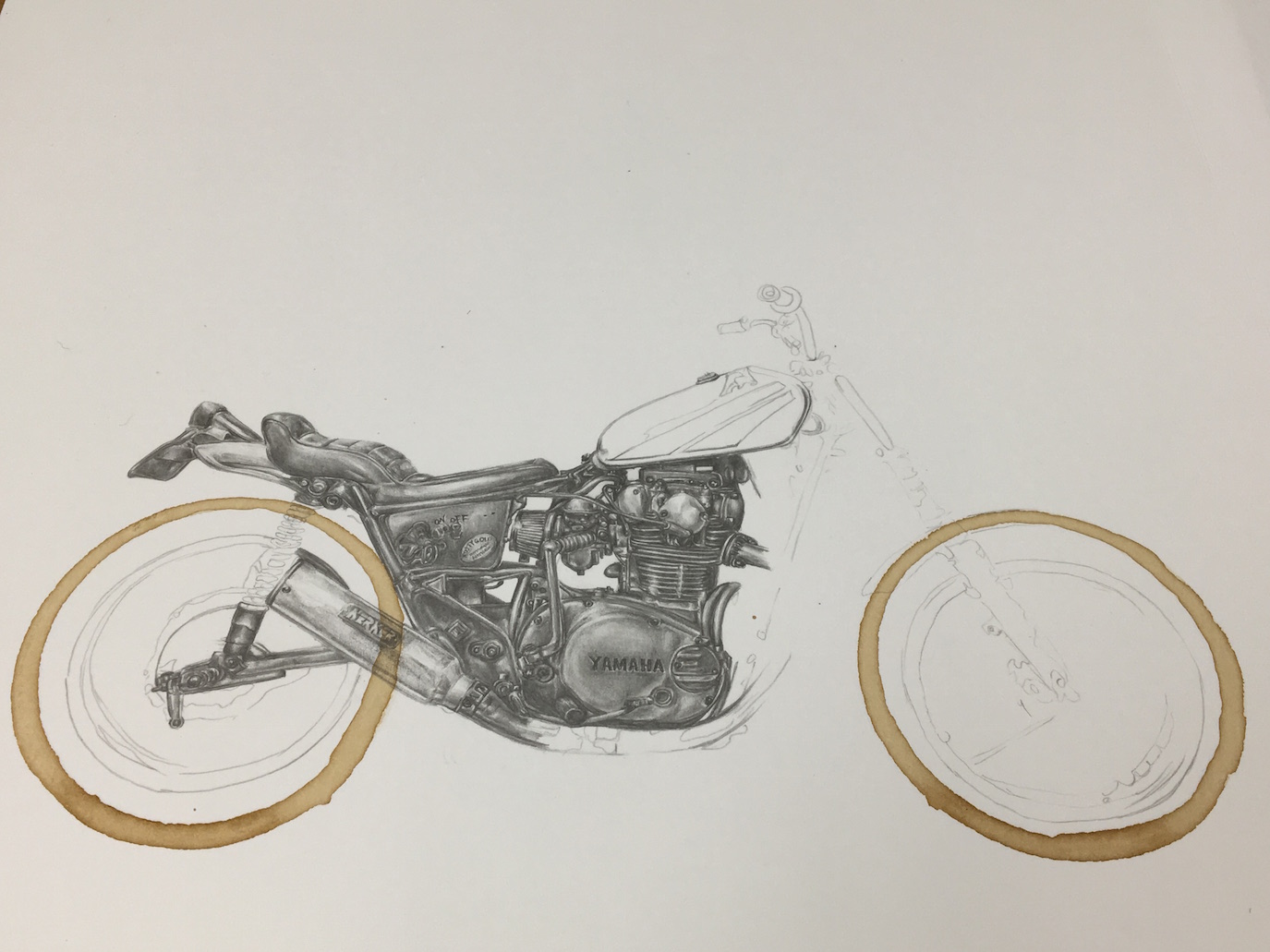 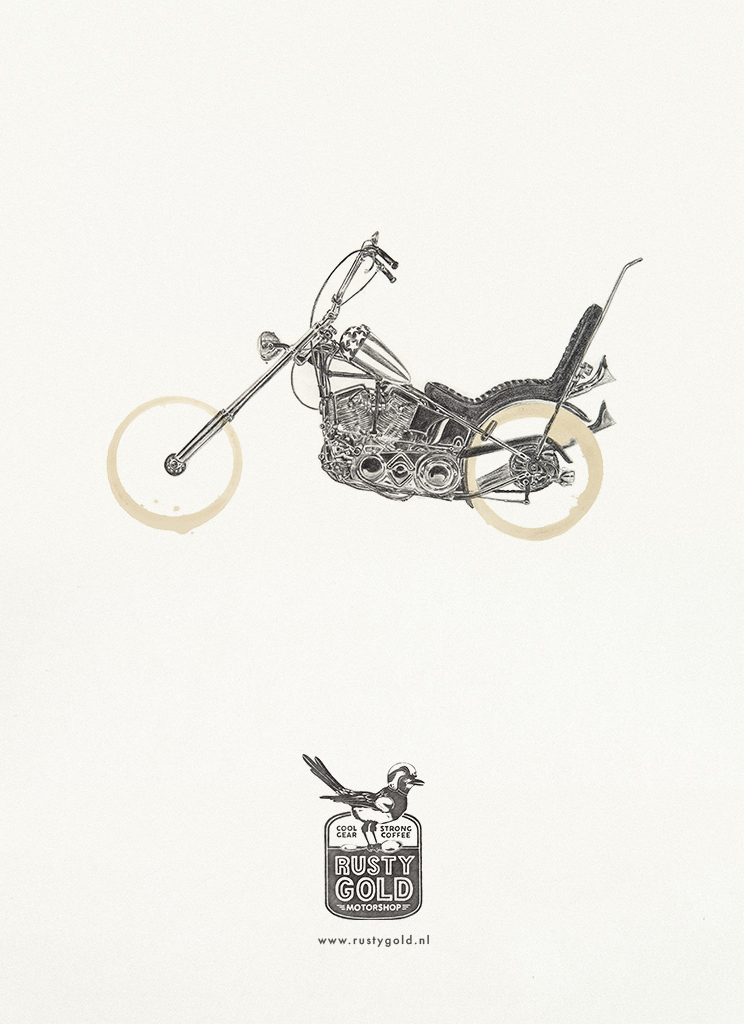 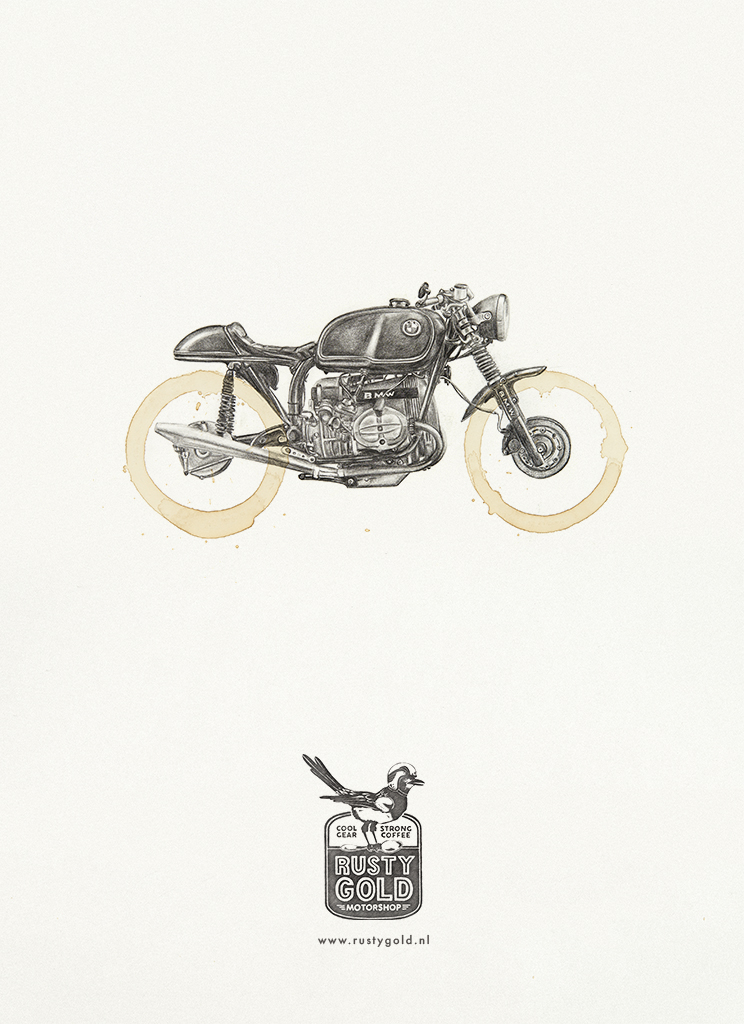