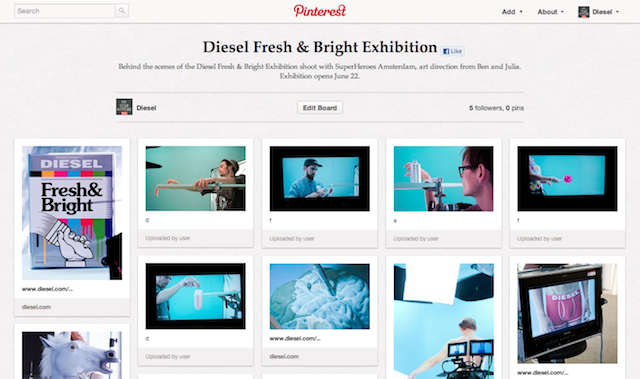 The new Diesel Fresh&Bright campaign is launched! And here’s a bit of background…

Diesel Fresh & Bright has been renewed, and we had to tell the world. The key challenge – to create an experience that would frame Diesel’s extraordinarily colourful underwear line as a premium product while maintaining its colourful personality…

We decided to make the coloring process into a piece of art. Our solution was to not immediately start out by showing this bright colored underwear in its full color, but to begin with the underwear in it’s pre-color state – classic and stylish white.

The idea was then to show that the process of creating these colors can be seen as art itself, thereby connecting with contemporary art and thus adding a much higher premium fashion association.

Together with swiss/french artists Ben & Julia we created an online art exhibition composed of 3 simple interactive installations. One per cut of underwear.

The installations are designed to evoke the colorful personality of the underwear, so we created a series of installations which are slightly absurdist and super-charged with candy colored quirkiness. Just pick your color and see it applied to the underwear!

A duo of Boxer Trunk licking lollipops give viewers a taste of color in the first piece, ‘Oh Mother Where Art Thou’. In the second installation, ‘How She Used To Look at Me’, the Briefs are zapped seductively with color, by a laser-eyed unicorn. Meanwhile, ‘Your Mind Sprays Tricks’ is a synchronised ballet of robotic handroids wielding spray-cans to paint the Boxer Briefs. Each piece evokes the colourful personality of the underwear line.

And subtle psychology was at play throughout the microsite, from the smallest elements such as the Hirstian color dots of the color picker, to the contemporary white space framing throughout the site – reminiscent of the white walls of an art gallery, the slow melting shadowy gradients of the background signifying an art space/studio and the sharp, clean exhibition podiums. Sound was designed to emphasise the subtle quirk, and importantly, a simple narrative tension – required to give the short video pieces an ability to be watched more than once.

And to maximise the association with art, as part of the build to launch, we first unveiled a Pinterest board of behind the scenes shots highlighting the artistic craft behind the installations of art show. We teased across social media platforms with engaging questions such as, ‘Can you guess what we’re making?’

Then to hook people’s interest, we gave Diesel’s social fans the opportunity to get involved too, by thinking like an artist. We asked fans across Facebook, Google+, and Twitter to be part of the exhibition by answering simple conceptual color challenges. Questions such as ‘what does green mean?’, or ‘what do you think when we say pink?’ achieved a high engagement. Also it supplied us with hundreds of creative quotes which were used as content on the microsite to inspire other viewers and intrigue them to see another color being applied to a different underwear cut. 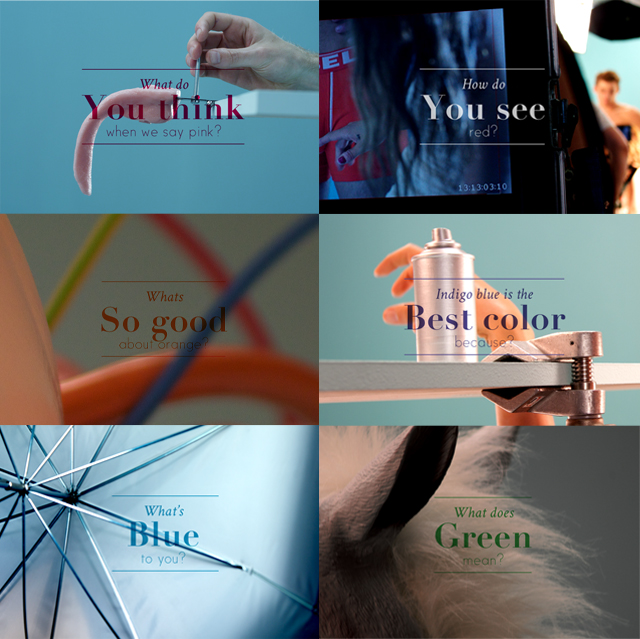 The candy boys (and girls)

Conceived by SuperHeroes and produced alongside French/Swiss artists and video makers Ben&Julia, The Art of Color ‘explores the relationship between underwear and masculinity – the exhibition is the ultimate tangram for the candy boys.’ Enjoy…

The Diesel Fresh&Bright Exhibition is now showing on: