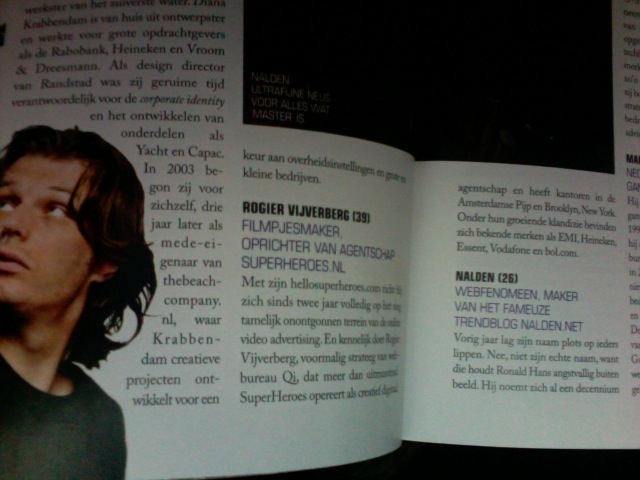 We’ll have to admit, the lack of blog updates is quite shameful. So let’s start with a quick rundown of recent happenings. Much to his surprise (but not ours) head superhero in charge Rogier, has been named one of the 30 most influential digitals by Dutch magazine de Nieuwe Revu. According to the magazine, it’s time for new heroes. We couldn’t agree more.

We’ve also expanded our team with 2 new heroes, Mahelia and Fred working as a Community Manager and Motion Graphic designer respectively. More details on our latest additions will follow soon. And as usual, we’ve got plenty of great new projects in store. Make sure to check back regularly.

P.S. We’re currently looking for a digital producer. Send over your resume and cover letter to airmail@hellosuperheroes.com or give superhero Django a call: 06 2413 7486. We look forward to hearing from you!