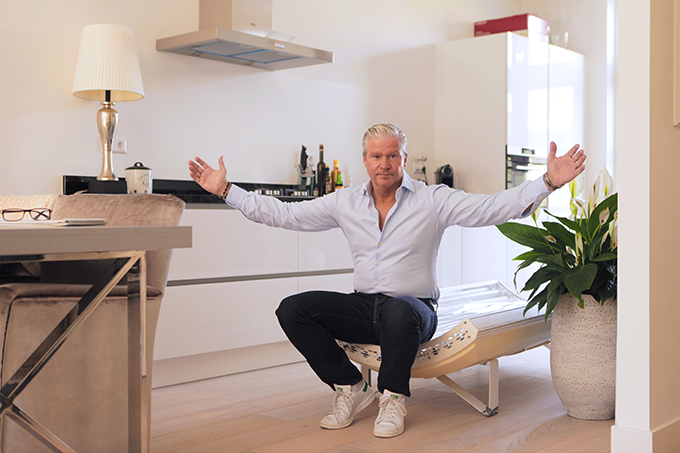 Dutch entertainment media and national news couldn’t stop gossiping when we publicly challenged the classic Dutch bronzed icon, singer and entertainer Dries Roelvink to trade his sunbed for solar panels. The man with the famous tan readily accepted our challenge to go green. He threw out his energy-guzzling sunbed and got some shiny new solar panels in return to put on his roof terrace on the PC Hooftstraat in Amsterdam.

Our creative director Niek Eijsbouts: “Solar panels aren’t particularly sexy, so we thought of someone who could show the positive effect of solar panels: Dries Roelvink! Every Dutchman knows Dries can’t live without his sunbed and now that he has traded it in for solar panels, the campaign makes an even bigger statement. If he can do it, anybody can. Dries really set an example.” 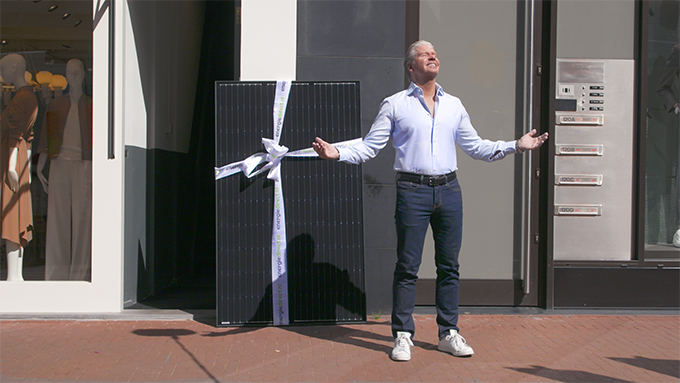 Dries wanted to inspire others to get rid of their harmful sunbeds and to enjoy the actual sun rays from now on. Through a clever pay-it-forward mechanism energiedirect.nl even rewarded the next person with free solar panels. If only he or she would trade in a sunbed!