Heineken: Get The Trophy 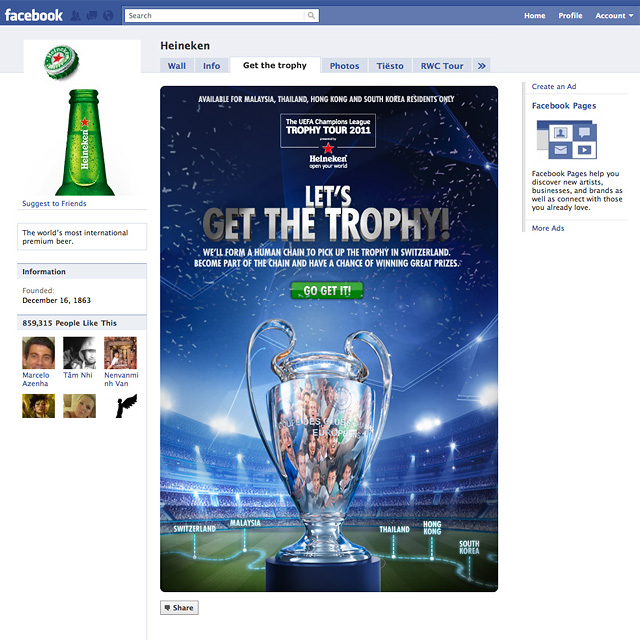 A new campaign coming out of the SuperHeroes HQ: Heineken Get The Trophy.

Half of February, Heineken will bring the illustrious UEFA Champions League to Asia for the 2011 Trophy Tour. SuperHeroes has created a special Facebook campaign to celebrate the Tour. But that’s not all.

The first stop of the Trophy Tour is Kuala Lumpur. Since UEFA’s headquarters in Switzerland are a long way from Malaysia, we call out to all Malay Heineken fans to help form a human chain pick up the Trophy. And while they are helping out, they might win some great prizes…

The campaign will run in Malaysia, Thailand, South Korea and Hong Kong and consists of four separate legs. To support the Tour Events on Facebook a detailed conversational calendar will be rolled out, in close collaboration with the countries. It is making the campaign a truly global effort, directed from our Amsterdam hideout.

May be we’ll open an asian office afterwards ;-).

Thanks Magic Bullet for scripting the Tour. 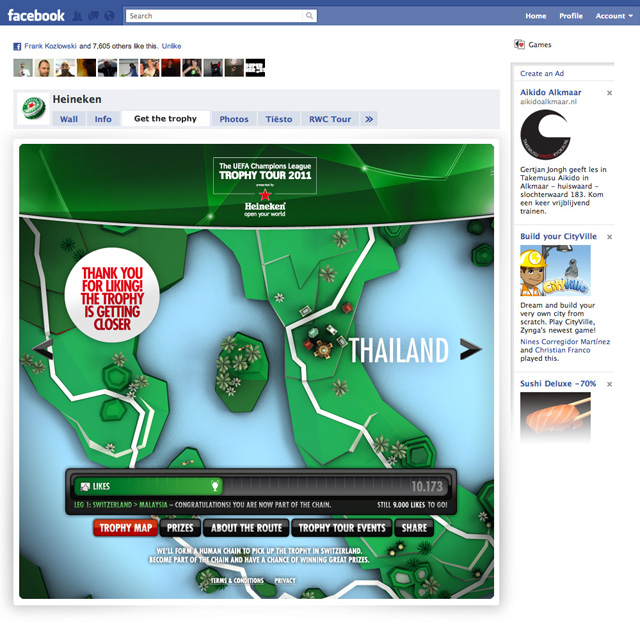 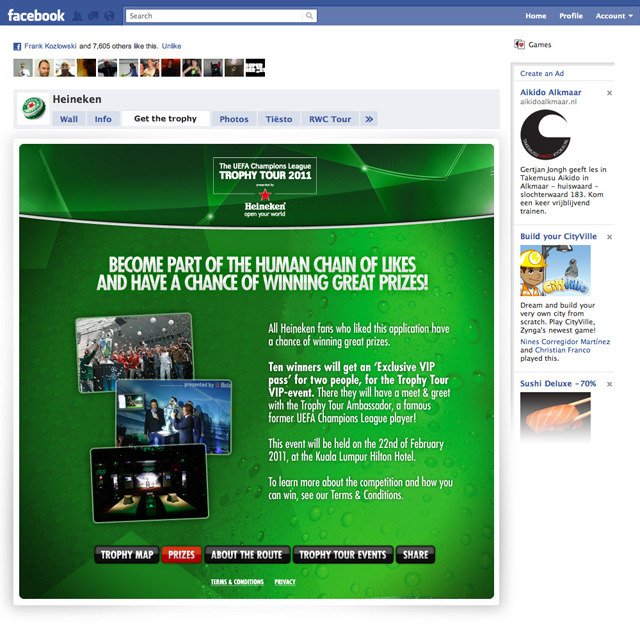