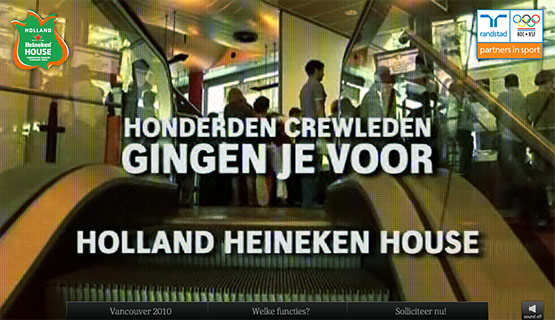 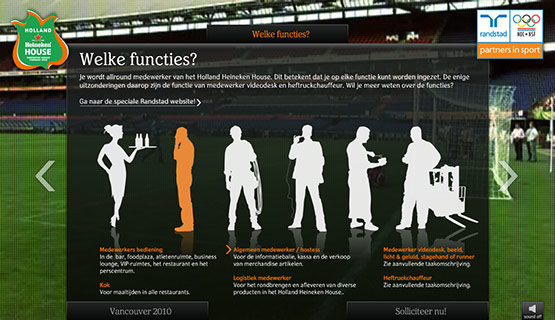 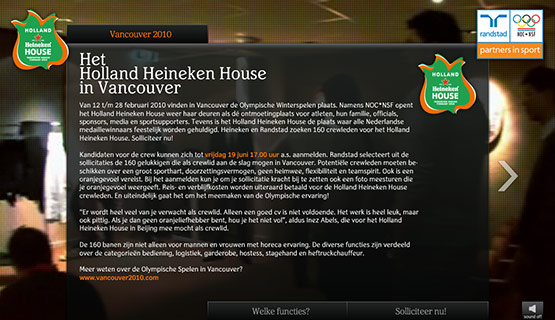 We the Dutch have one thing we’re really proud of during the Olympic Games: the Holland Heineken House. Whilst you can only enter showing your dutch passport, it generally is one of the most talked about off sites during the Olympics. It is where the Dutch celebrate their medals (and ok, party a little too). With the 2010 Vancouver Winter Olympics coming up, we built a website for Heineken and Randstad to recruit the crew. And what better way to do that then to show full screen video of past Holland Heineken House editions?

In this project we closely collaborated with Magic Bullet and Refhan.