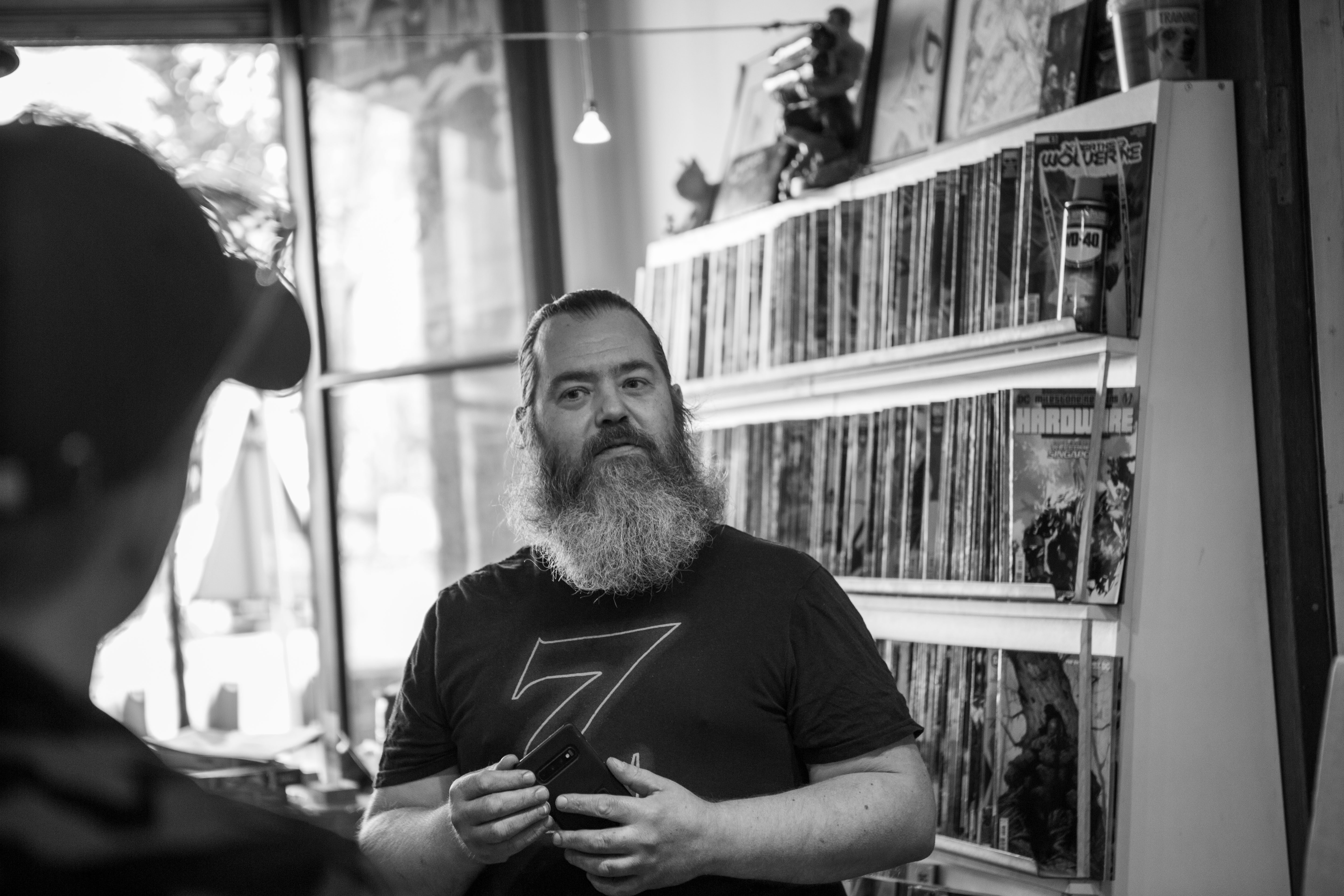 For this first portrait we met Charles Kuijpers, the owner of CIA (Comics Import Amsterdam). He told us how it all started for him: his passion, his collection… And some memorable anecdotes. 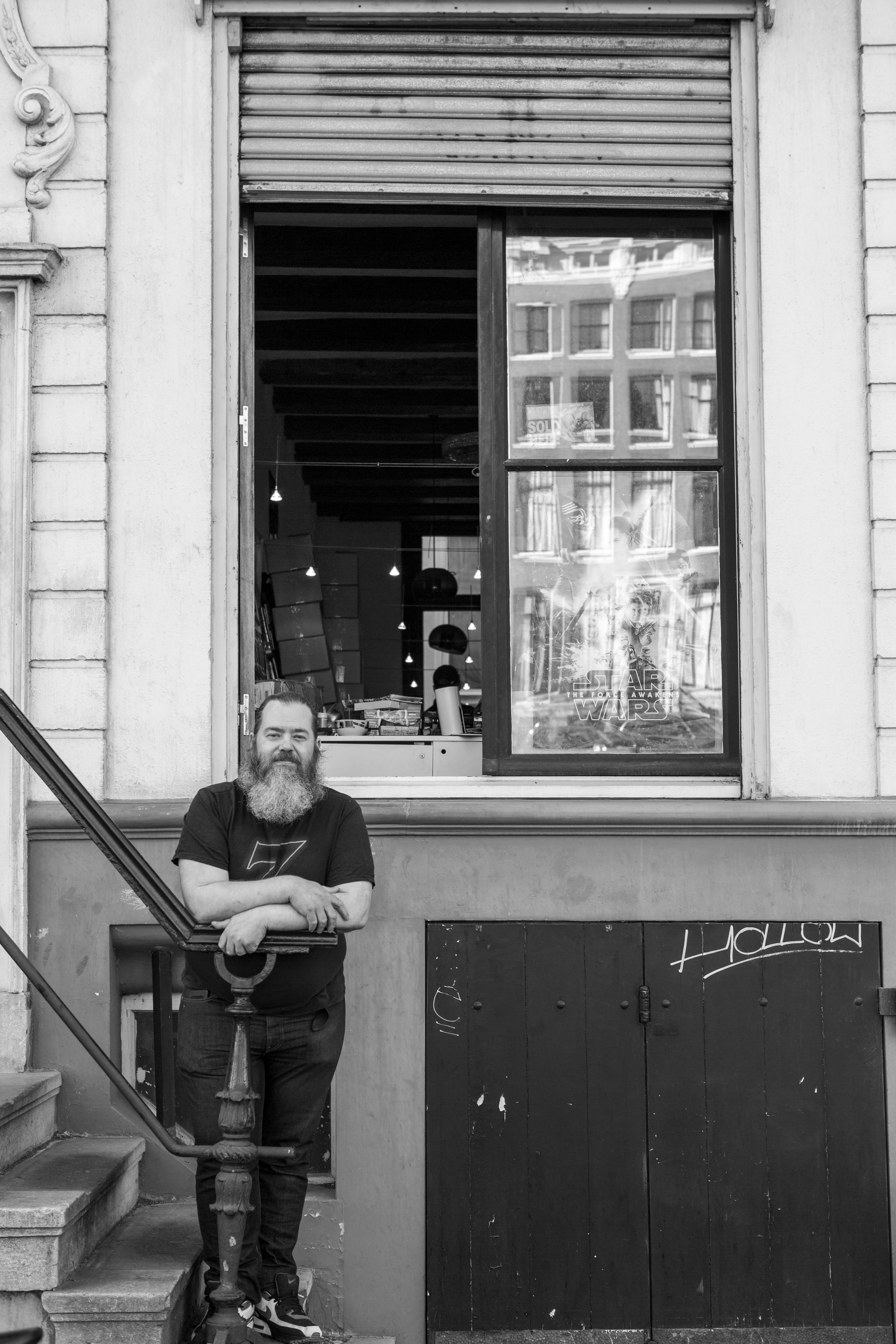 It was clear to Charles what he was going to do: continue the tradition of the old-style comic book stores, and through the back issues, tell the stories of the origins of the superheroes. And that’s how the new CIA came to be, born from a memory of an old friend.

Whenever his parents went searching for these gems, he would follow. They traveled together across the Netherlands, Belgium and France – visiting various conventions and flea markets. From the very beginning he knew this is what he was meant to be, a collector. Going to strange places in search of treasures – that’s what he was good at – discovering rare finds and seeing their value. 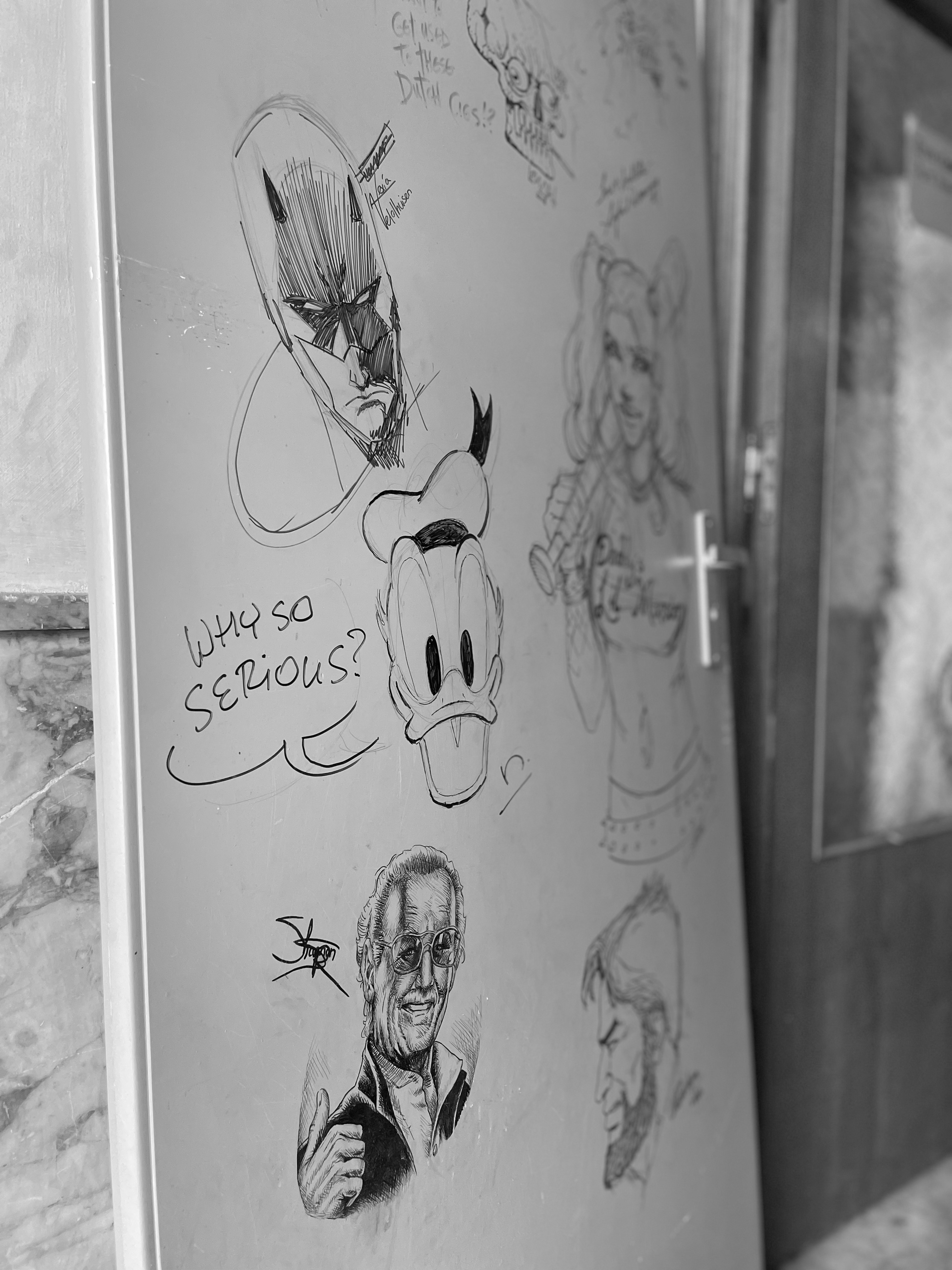 And soon, his ambition outgrew the Netherlands. He had every single comic book translated to Dutch, and he didn’t stop there. He knew where he had to go. To the city that never sleeps: The Big Apple.

As he was walking through the streets of New York, he could feel something pulling him in. A familiar feeling to a place where he wasn’t before. He walked into a building and went straight to the 10th floor. The  lift doors opened, revealing a luxurious lounge, decorated with sofas and artworks. He walked in slowly, and as he admired the room a hidden door suddenly opened: a man wearing a black tailcoat and white gloves walked in. The man walked towards him with his head slightly bent. He stood in front of him, folded his hands and asked, “How may I help you, sir?”. Before he could even process what was going on, he heard his own voice saying: “I am here for the Action Comics, the first issue”.

To his even greater surprise, the man simply nodded and calmly walked away to the back room. He didn’t quite understand what was going on. How he came to be here, or why the man acted like he had seen him before. Before he had the time to think about those questions, the mysterious man came back, carrying a covered silver platter. He gestured to one of the sofas and laid the platter in front of him. He placed a set of white gloves next to it, and left. It took him a few moments to calm his breathing to the thought of what might be in front of him. Finally, he uncovered the platter to reveal the comic book that shaped the superhero culture. He was speechless. 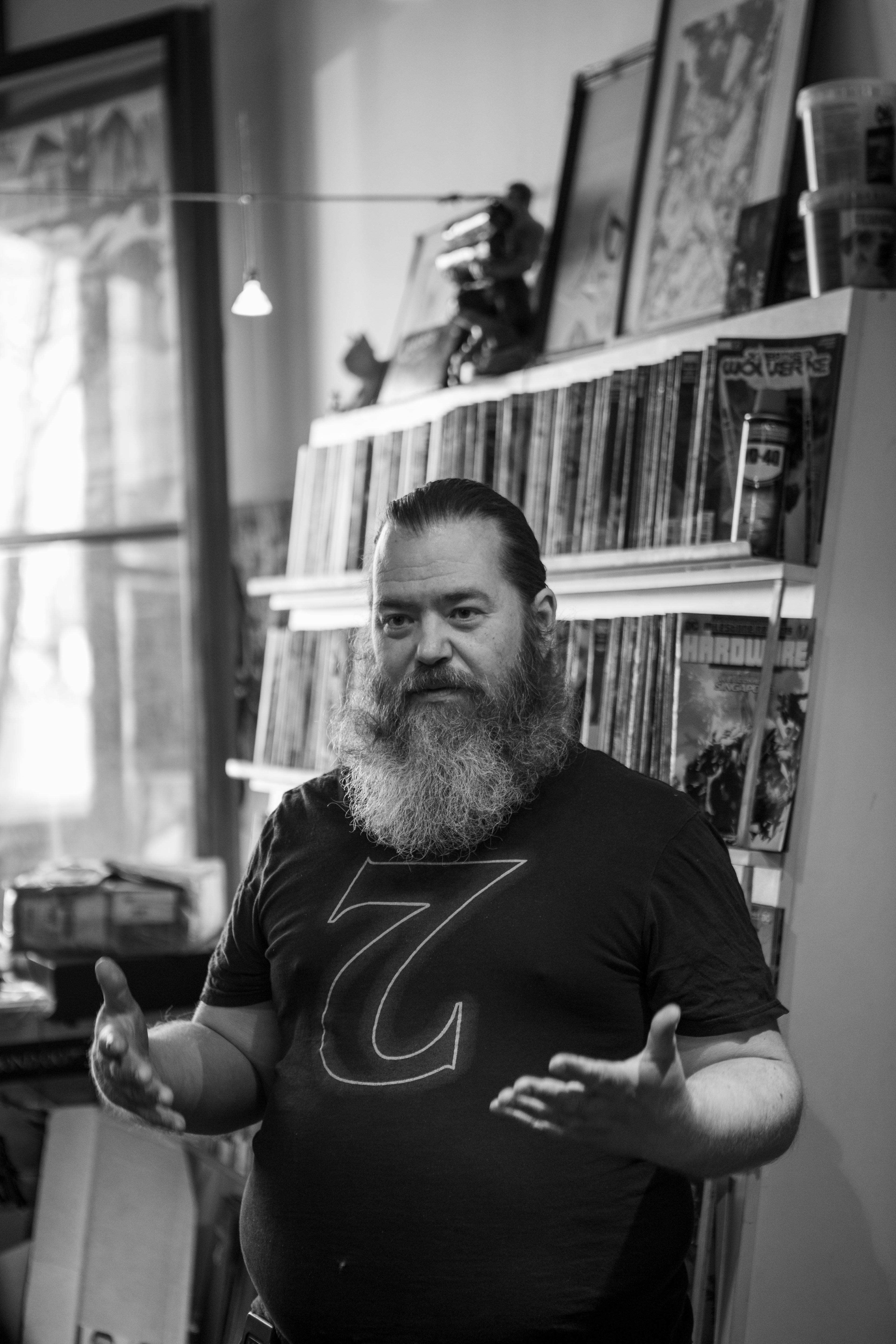 In the blink of an eye, he was back home.

He enjoyed going from one place to another, meeting new people and showing his pieces. There he was known as Charles Kuijpers, one of the biggest Dutch comic book collectors. People from all over the world would come to buy and trade with him, they all asked the same question: “Where can we find you?”, and he always answered with “Here”. But after some time, it had him wondering, maybe he should find a place for his collection, a gallery where everyone can discover his rare finds. 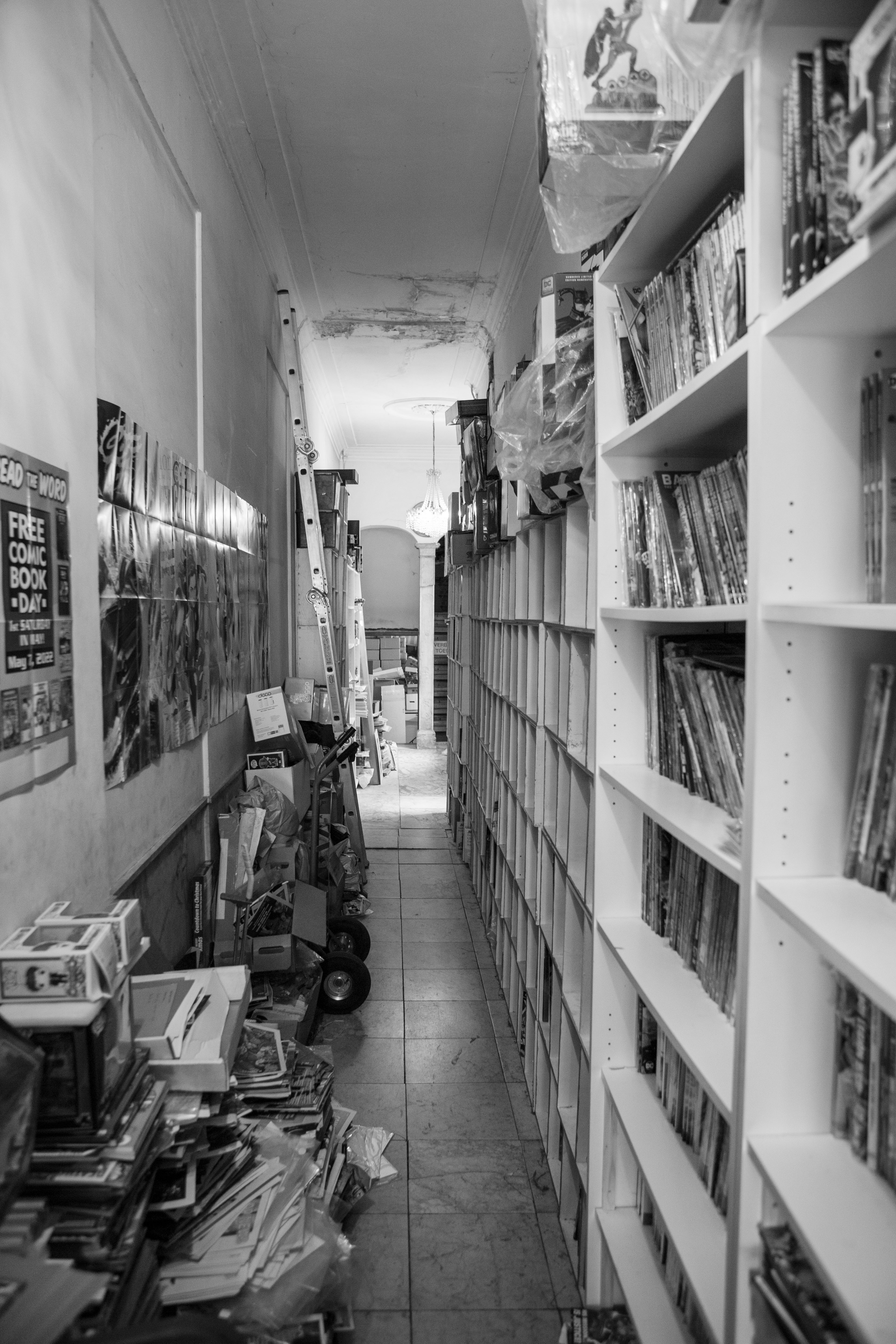 There was this feeling again, a feeling that he was going right where he was supposed to be. He knew where it would happen, back home, where it all began. And that’s how the new Comics Import Amsterdam came to be, born from a memory of an old friend.

Nowadays you can catch him by the canal in Keizersgracht, Amsterdam. In his hideout, filled with invaluable comic books from floor to ceiling. Always searching for new finds, and from recently, selling beer.