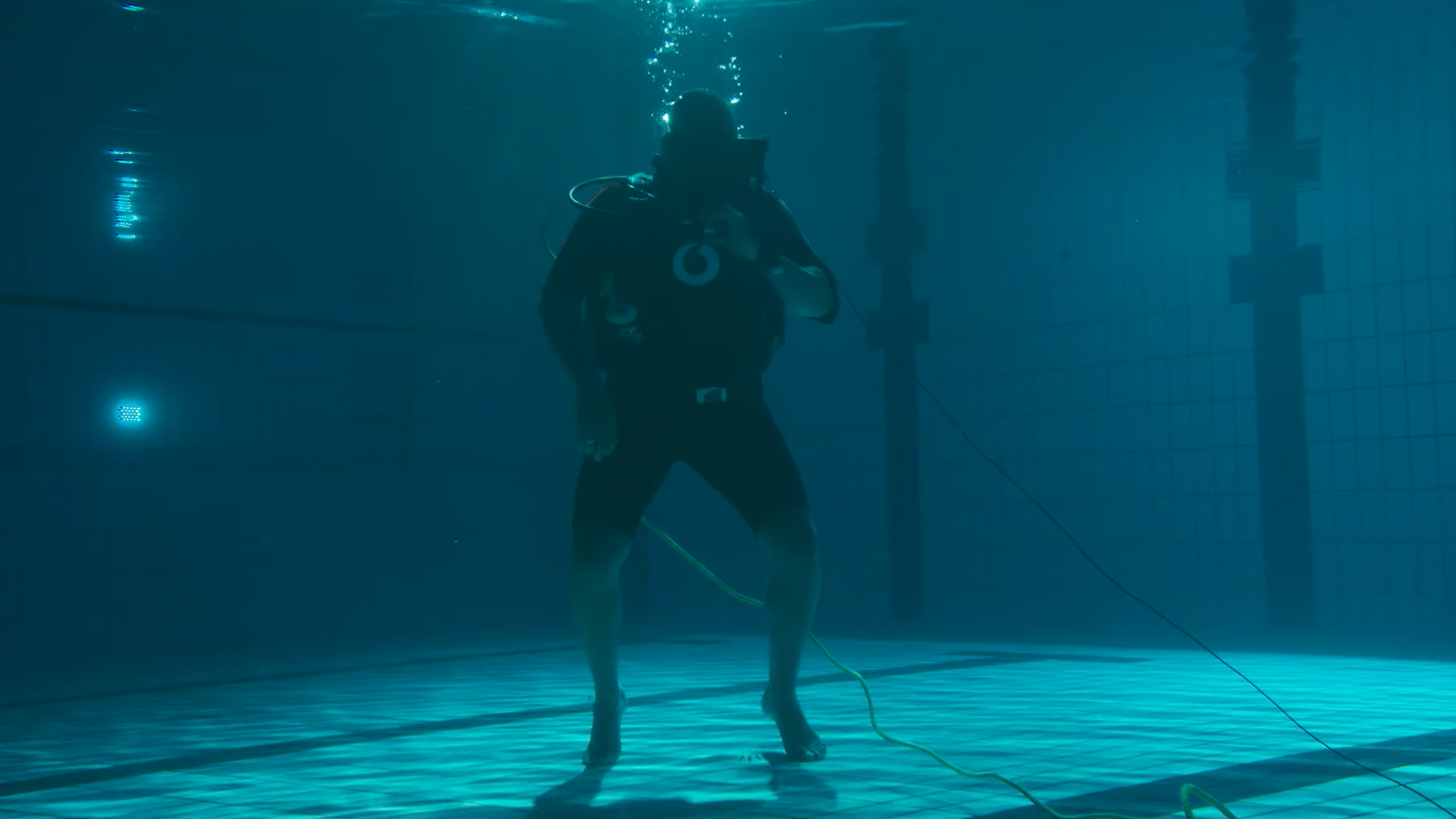 Always wanted to swim with white sharks, but can’t afford a ticket to South Africa? Or you’re simply too terrified? Well, don’t worry any longer: you can now encounter a great white while floating in clean chlorinated water…

The technical creators at our sister agency Magic Bullet developed Europe’s first underwater VR glasses for Vodafone, together with Glasnost. They created a floating buoy with animated leds and 4G, and connected it to a 3d-printed special underwater pair of VR glasses.

The most daring part was an underwater 360 video, that was shot in South Africa. This 360 movie was then streamed onto a set of VR goggles, to a diver submerged underwater in the swimming pool. Check out the film to see the result!