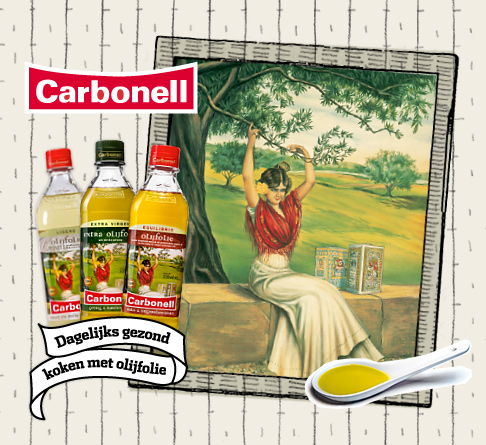 We’re very happy to announce SuperHeroes has landed a new client: Carbonell. Our Spanish Lucky Ham sure did its job… Carbonell is one of Spain’s most iconic brands. Did you know Carbonell’s “Gitana” girl on the label on the bottles of olive oil has been there since the early 1900’s? Pretty amazing. We don’t know how many brands can say so too (do you know?)

Anyway, we’re going to work on a brand new international digital brand presence. Launching countries will include Germany, Great Britain, Belgium and of course the Netherlands. As a prologue we are now already working on an activation for the dutch Huishoudbeurs. To be continued…