‘No Ego, No Bullshit’ Mentality 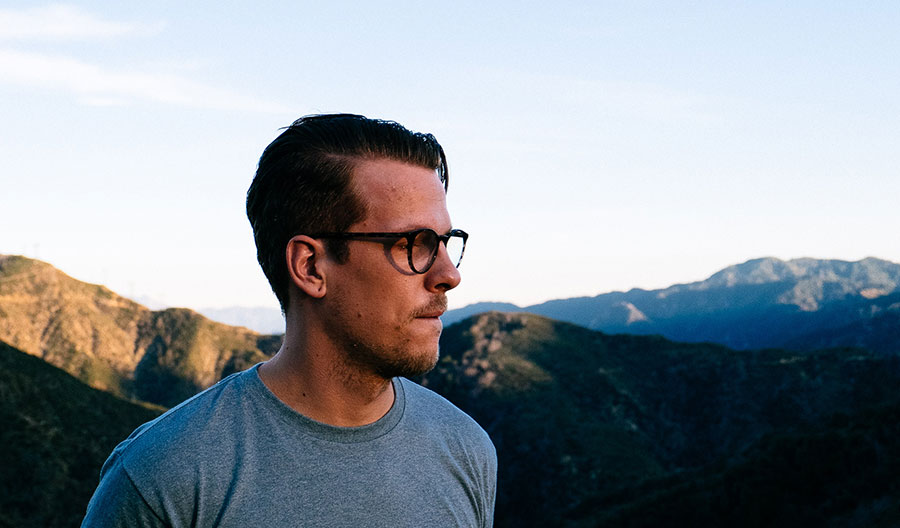 Niels Straatsma, Creative Director at SuperHeroes Amsterdam, reflects on the creative and business differences between the American and European west coast.

What’s the biggest difference between working on the west coast of the United States and being a creative on the ‘west coast’ of Europe? Nils Adriaans caught up with him to find out how he’s found the shift.

Q> Before joining SuperHeroes, you worked in Los Angeles. What was it like to work there compared to Amsterdam?

Niels> Los Angeles is a crazy, beautiful place. Almost everyone is a “transplant” who’s there to make it big one way or another. You can really feel the American dream. Everywhere around you, there are people succeeding, but also a lot of people struggling. But everyone seems to enjoy the hustle. This competitiveness shows in the ad industry too. It’s much more competitive than Amsterdam. Probably a cultural thing, or maybe because there’s a lot more hierarchy. And it is well respected. That took some getting used to for sure.

It was also interesting to be in a city that’s so close to pop culture. A lot of trends start on the west coast, in term of music, food, and fitness for example. And devices like Alexa already have a serious audience. Or for example Bird, the e-scooters, that are coming to Amsterdam soon, have been around for quite a while in LA. That culture opens opportunities for our industry.

And of course, budgets. They’re big, huge. That definitely opens opportunities. I remember making a shortlist of DOP’s and everyone in the room started naming these super famous Hollywood guys without even blinking. It felt so unreal at the moment. At the same time, everything costs a lot more as well. It’s an enormous market, so there are lots of layers, people and testing involved. Which makes everything take a lot longer, and gives ideas a lot of time to potentially die. So all that budget doesn’t necessarily make it easier to make great work.

Q> Going away for a longer period of time often gives you a clear view of where you were. What did you learn about Amsterdam, being one of Europe’s leading creative industries, while enjoying the Californian sun?

Niels> Amsterdam is great too!

I think a lot of creatives here tend to look at the work we see from the US and think “if only we had those budgets”. But we only see the very best work. And there’s so much we don’t see. Including all the work that doesn’t get made. Besides, working with smaller budgets isn’t so bad. It forces you to be resourceful, creative. And there’s a beauty in that too. Instead of big epic films full of celebrities, we have to find other, more original ways to stand out.

It’s in our nature to be a little more pragmatic. We want to be competing with the best in the world, we just have to do it in a relatively tiny town (with a lot of international companies) where everything is within a 15-minute bike ride.

Q> Given your international scope, what is the biggest shift in the advertising industry right now, in your humble opinion?

Niels> When I started in advertising 10 years ago, it was all about these new digital spaces where we could target audiences in exciting, smart and disruptive ways. What once was a smart alternative to a 30-second ad has now become a formula. It’s not the disrupting thing to do, it’s the standard. There are business models for influencer campaigns, viral factories, social whatever.

Just look at all the Alexa jokes that came during the Super Bowl this year. I think in the quest for innovation, we’ve all moved into the same direction. Which is kind of ironic. I don’t mean to be cynical, technology offers great opportunities to reinvent ourselves and stand out, but we shouldn’t use tech for the sake of just standing out; it should always make sense for the consumer, it should make his or her life seamlessly better or easier.

Q> I’m sure you could have joined other international agencies as well – why did you choose SuperHeroes?

Niels> After I returned to Amsterdam I started freelancing for a while. I figured that would be the best way to find the next agency I wanted to stay. It gives the opportunity to get to know the company and the team. I wasn’t necessarily chasing international agencies, I was rather looking for the right dynamics and vision I would feel comfortable with.

SuperHeroes felt right from the get-go. Although we operate internationally, the team is very lean and mean. I love the “No ego, no bullshit” mentality, with very little hierarchy. It keeps everything moving fast. And at SuperHeroes, you can do that for a very broad range of brands, big and small.

As I joined they were in the middle of rethinking their positioning as an agency. “What is the agency for a world post-advertising?” It sounds exciting and it’s even more exciting to think along and turn it into something concrete.

Q> Finally, if you could give brands one piece of advice in this day and age, what would that be?

Niels> I guess purpose is the big thing now. And that’s great. People don’t care about purpose because they were told to. It’s a product of today’s culture. I would highly recommend anyone who’s thinking about starting a company to think about their purpose first!

Already established brands that haven’t thought about their purpose before however, please don’t. You can’t force purpose into a brand.

Niels previously worked for Achtung! mcgarrybowen, where he made this wonderful work, before heading off to California:

And this is one of SuperHeroes, on a mission to save the world from boring advertising, recent gems.