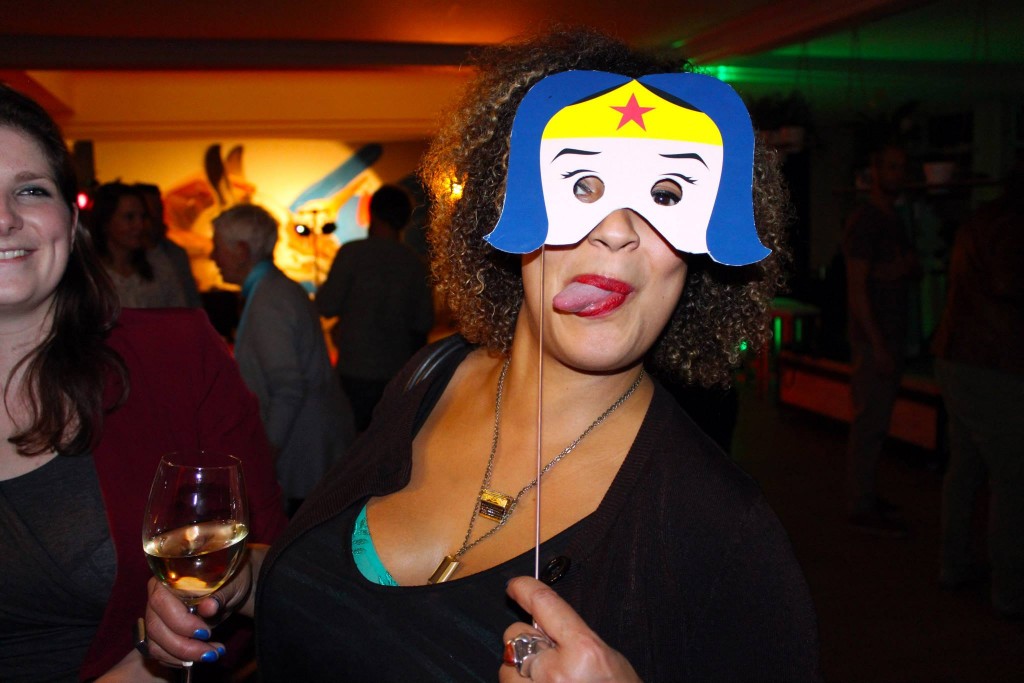 Last Thursday SuperHeroes Amsterdam celebrated its 5-year anniversary in combination with a secret hideout warming… (Ahem) BIG ASS PARTY! Complete with a hot dog vendor, door bitches, awesome snacks, a lama and DJ’s that could get your grandma up handing out lap dances.

Among the attractions was also a photo booth – never avoid a good polaroid – for partygoers to become their favorite hero.

While the party may have been scheduled to end at midnight, DJ’s SFRMKRS and our resident French DJ Quentin had other ideas (nobody seemed to mind).  The party officially ended at around 3:00 AM… we think.

Thanks everybody for coming, for all your presents and warm words. You were a blast! We’ll make sure to do this more often…

For more party pics be sure to check out http://bit.ly/SuperPhotoBoot