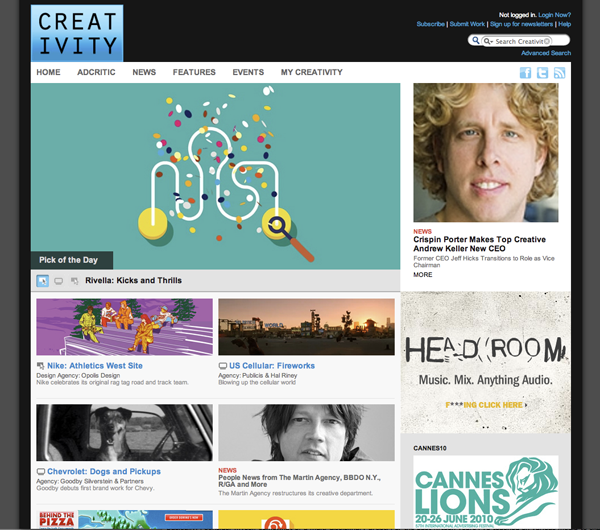 Today we launched a new campaign for Rivella: Kicks & Thrills! It all started with a pretty simple insight: sitting behind your computer, you often wander off and need a hand to get back on track. Captured in the One Button Website, we created a wicked bunch of time fillers to help you freshen up.

Rivella, a soft drink originating from Switzerland, is not particularly known for its love of extreme sports or superlative stuff. Rather, it has a special eye for the smaller (and sometimes slightly peculiar) pleasures of life. So we don’t do high scores or time frames. Go on infinitely, if you like…

Together with illustrator LouLou from ShopAround, Flash artist Mark Barcinski and Magic Bullet we have so far created nine special Kicks & Thrills. We also launched the Rivella Facebook page for fans to enjoy the Kicks & Thrills together. Whooohoo!

Rivella Kicks & Thrills just got a public shortlist nomination for TheFWA, it was announced Pick of the Day by Creativity and it has also been selected for Creativity’s Top 5 Most Creative Ads for November. Nice!