Sound on Intuition – What music can your body make? 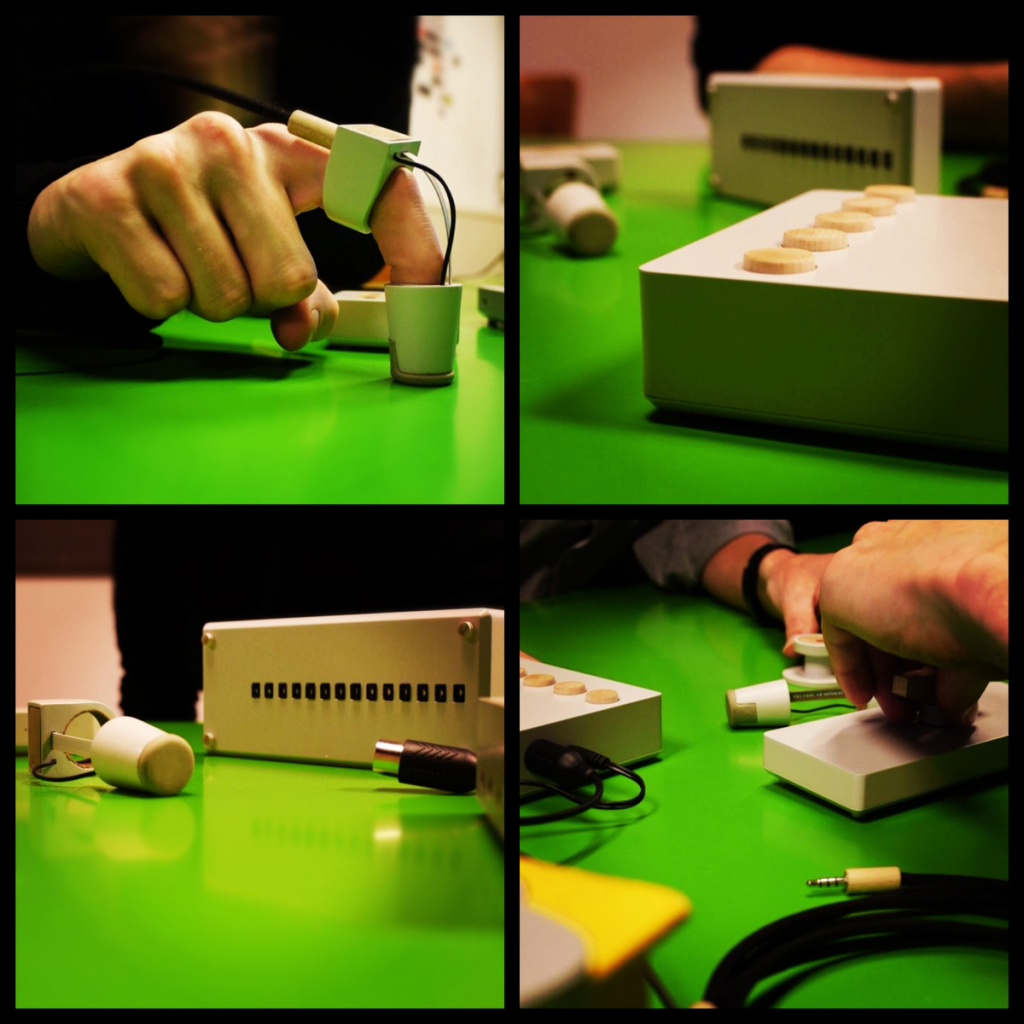 SOUND ON INTUITION from owow on Vimeo.

Apart from a sprinkling of vocals, dance music all sounds the same right? Not if designer Pieter Jan Pieters has anything to do with it.

As one of the team who produced the stylophone for Swedish House Mafia’s ‘One’ video, Pieters’ project Sound on Intuition experiments with the human body as an instrument.

The way every human dances is different and Sound on Intuition returns this individuality to electronic music. By applying a series of sensor-based instruments to the body, sound is produced simply by moving.

Opening the Dutch Design Week in Eindhoven showing off his powers with a kickass performance, our creativity sensors were buzzing off the scale. We promptly invited him to the Hideout to chat to the SuperHeroes  about his work.

SH: How do the instruments actually work?

OW: “All the instruments make their sound using standardised factory sensors. Sounds are made by the human body interacting with the sensors.  I like the idea of taking bits of technolgy that you like and adapting them to your needs. What’s the point in creating the technology when everything you need is already there?”

SH: How did the concept come about?

OW: “I used to play the drums and for me it was all about the beat. When I went to an interview for music school they gave me a passage of music to play but i had no idea – I didn’t know how to play the notes. Instead I went into design, but music has always been a passion so thought it was the perfect way to combine the two.”

SH: How do you feel about the digitisation of music instruments? Losing the experience factor of  playing the piano for example?

OW: “Whenever you make music these days, all instruments are digitised; a violin sound will be made via a computer. Playing them is just for habit. This got me thinking about what instruments could actually be. Instead of learning a language to talk to computers, why not communicate with them in a way we already know – movement.”

SH: You mention bringing back the human element to music, can you tell us a little more?

OW: “When i say to my friends ‘come over, let’s make music’ usually it involves everyone staring at their computer screens. This is different. You can play around and interact with the instruments – it makes it a lot more fun. It brings the human element back to music.”

SH: You’ve designed the instruments, do you perform with them as well?

“Yeah the performance element is one of the best bits. With Sound Innovation DJs can create a show around their sound, something the crowd can actually see. I’ve also performed with a jazz saxophonist and people really seem to like the combination of the two types of music live – electronic and traditional.”

SH: The instruments currently have to be plugged into a computer. Could the technology go wireless?

OW: “I want to keep the project lo-fi, so that’s the kind of thing i want to keep away from. Not only does cabling make sure you get the best sound quality but as soon as you go wireless, humans become robots. Looking into apps as a way to make the concept portable, the possibilities are endless for creative super sound.

SH: Whats’s coming up for the future?

OW: Lots more prototyping and experimenting – that’s the fun part. I’ve been in talks with a few companies like electronic fabrics manufacturers about possible collaborations weaving the technology into clothes. I’m also working with visual artists to interpret drawing through the scanner. Images could pop up as the scanner reads the lines, there are so many opportunities for collaboration so it’s a pretty exciting time!

With OWOW looking into apps as a way to make the concept portable, the possibilities are endless for Sound on Intuition. Who knows, in a few years time, we may just be recording tracks from the morning cycle to work… now where’s my heart monitor?!