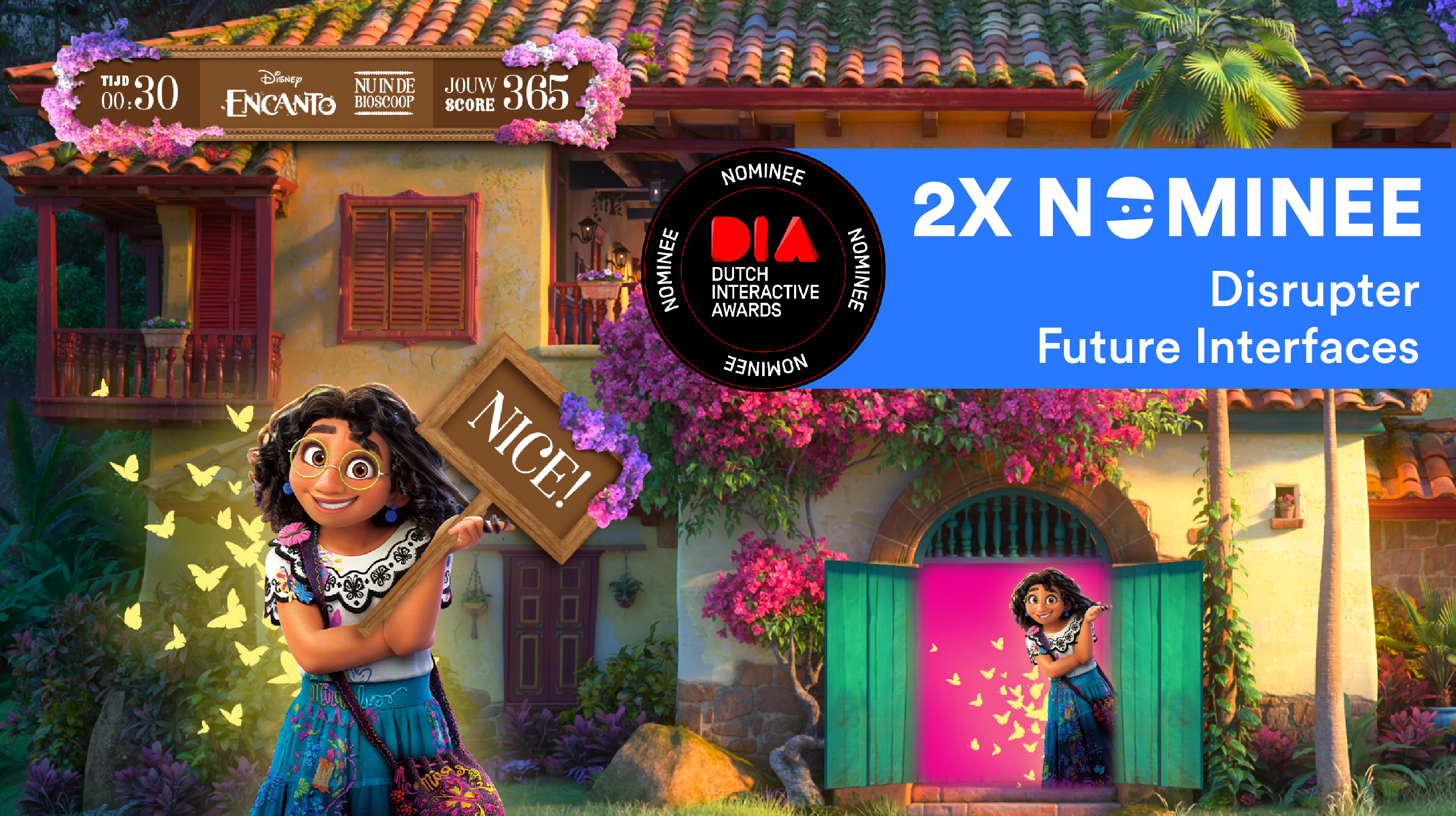 Remember when we told you about DODI a while ago? Well, we told the Dutch Interactive Awards about it too and we’ve been nominated in not one, but TWO, categories – Disrupter and Future Interfaces!

The Dutch Interactive Awards (DIA) recognises the very best digital interactive projects and professionals who excel in the field in the Netherlands. The nominees are judged based on the concept, design and UX, result and optimization by an independent professional jury of heavyweights from the digital world.

In a nutshell, DODI stands for Digital Outdoor Display Interface which turns any digital billboard into an interactive environment with your smartphone as its interface for unparalleled and unique brand interactions. We’re very thrilled that it has been nominated as an industry disrupter as well as a future interface, and for now, fingers crossed!🤞

Stay tuned for the award announcement on 2 June 2022!