The Existential Adventures of Tim Maia… Narrated by Devendra Banhart 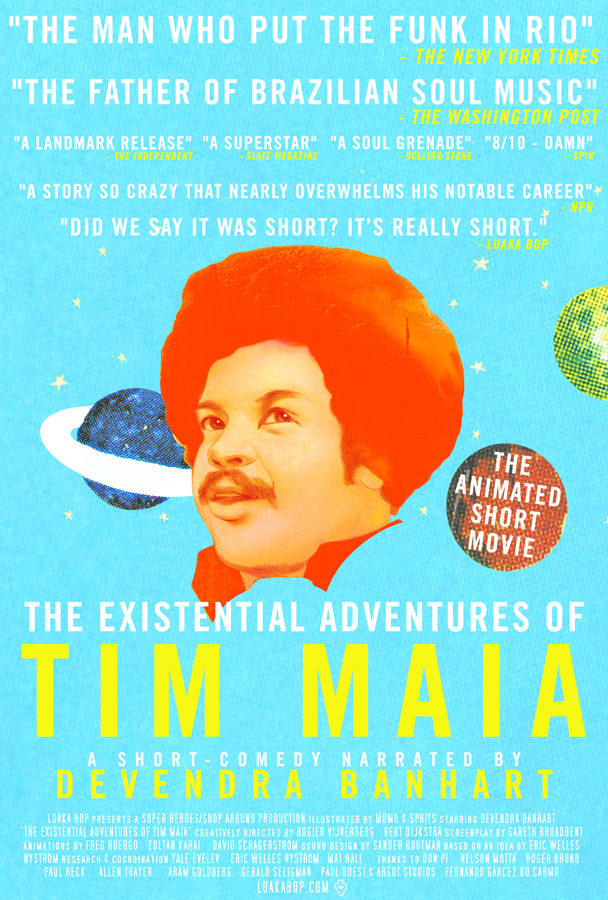 Ladies and gents, finally we’re launching the official long awaited Tim Maia life story narrated by the one and only Devendra Banhart!

The video’s already had over 20,000 views in the first day and is featured on the front page of Dailymotion in 20 countries! Tim Maia might well be the greatest (and wildest) soul singer you never heard of but we want to change that with this story about his life. Its a CRAZY BUT TRUE tale of humorous excess in every way imaginable and has something for all the family: drugs, women, money, guns and even a UFO cult thrown in. He lived the dream, always with a smile on his face.

Earlier this fall, Luaka Bop released “Nobody Can Live Forever: The Existential Soul of Tim Maia” to commemorate what would have been the Brazilian legend’s 70th birthday. The Rolling Stone called the record “a soul grenade” while SPIN referred to him as “the Brazilian Sly Stone”, then saying that “actually undersells his uniqueness.” A more in-depth feature of the artist, including a stream of the record, is available at The New York Times.

The campaign has been a close and loving collaboration between SuperHeroes Amsterdam, Shop Around and David Byrne’s iconic record label in NY, Luaka Bop, and made to celebrate the legacy of Tim Maia. So don your white robes, drop a tab or two and get wild for Tim Maia’s first big worldwide release.

After an exclusive preview screening at Videology in NYC this weekend we now release this out to the world (and it’s already been picked up by major newspapers in Brazil before we even had a chance to post about it on our own blog!)