The 3rd screen is here! 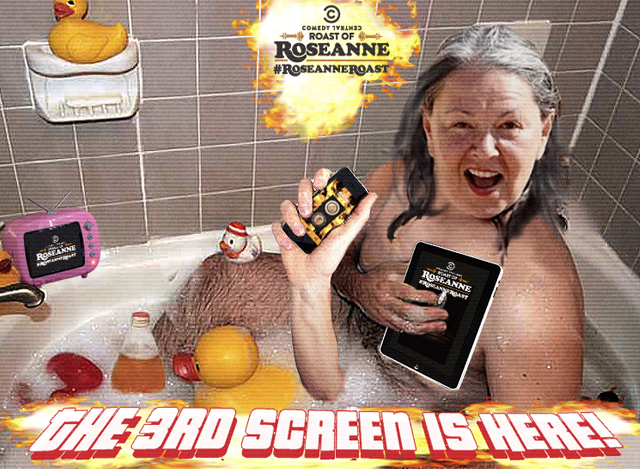 Roseanne…you know? The Queen of white of trash who dubiously – whether by birthright or sexual favour – nabbed herself a self-titled show on 90s American television? Yeah her. Well she’s all set to get Roasted as one of Comedy Central’s most famous shows return to our screens, this time with an added edge of interactivity.

SuperHeroes had the immense honor of fanning the flames, working with Comedy Central to produce a 2nd screen experience inviting fans at home in on the Roast: The Home Roaster. We didn’t stop at two screens however, throwing in a 3rd screen Roast Remote via mobile for all you lazy Roasters.

So tell me more about it?

Via laptop, tablet or desktop viewers can use the 2nd screen Home Roaster app to add fuel to the fire by flaming Roseanne at every great roast (read joke). Alternatively they can do the humane thing and cool the poor pig down if the jokes get too gnarly. 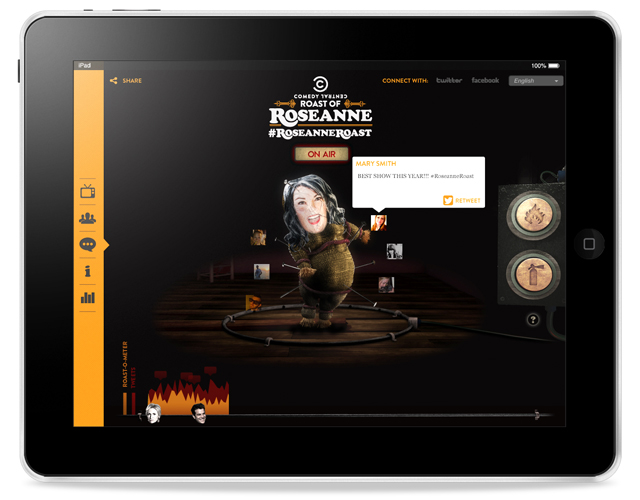 Brain roasted from the night before and incapable of hand-eye coordination? Fear not, The Roast Remote mobile app developed for the 3rd screen ensures fuss-free burns all night long.

Designed specially for Comedy Central, the super simple app means live burn-along action at the tap of a screen, contributing directly to the Roast. 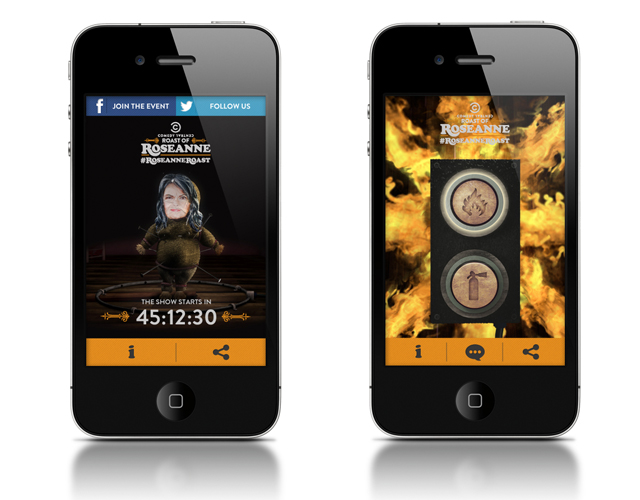 Pig, cow, tit – whatever animal you compare her to, one thing’s for sure; on August 20, the oven will be firing up for ‘The Roast of Roseanne’. 3rd screen interactivity making the Comedy Central classic hotter than ever – this baby’s gonna burn! The Home Roaster and Roast Remote are simultaneously rolled out in the Netherlands, Germany, Sweden, Poland, Austria and Switzerland.