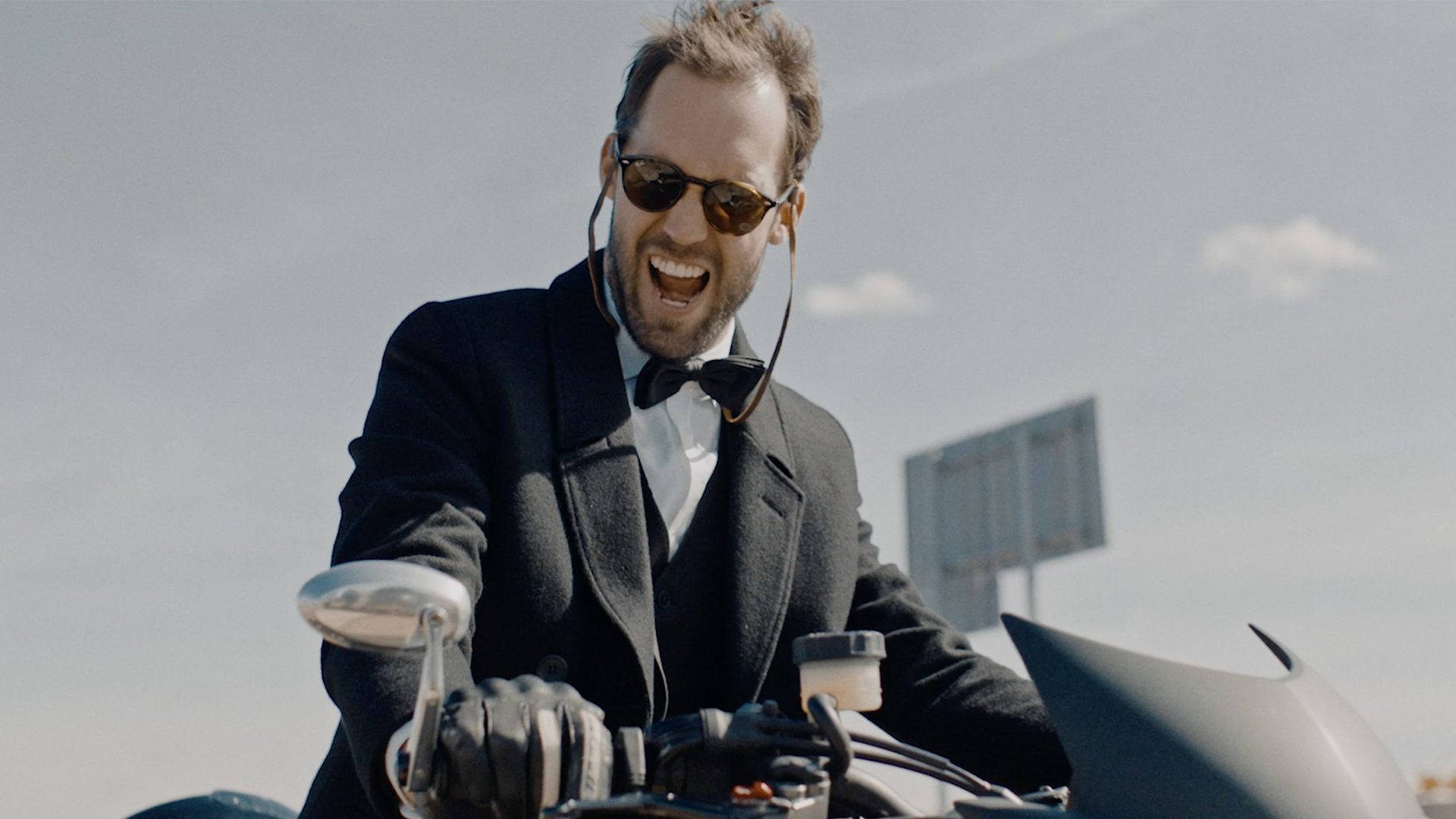 You might block your ears when loud motorbikes are approaching, but not if they are arranged as one musical symphony. Together with renowned musician Dominic Seldis  we’ve created the world’s first motorcycle symphony to promote this year’s worldwide Distinguished Gentleman’s Ride.

Production company Next Post Amsterdam signed for the making of the film.

A striking message, told with a different sound

This captivating music video tells the story of men who deal with health issues, like prostate cancer, in a way nobody has seen or heard before.

Niek Eijsbouts, creative director of SuperHeroes: “We had the idea of a tribute by an orchestra of motorcycles and the immediate question was: how on earth can we pull this off? That’s why we asked Dominic Seldis as a conductor. This man has an unstoppable passion for music, which we needed for such an experiment.”

It was Seldis’ suggestion to use Richard Strauss’ famous symphony ‘Also Sprach Zarathustra’. This piece has elements that have a natural resemblance with the sound of all sorts of bikes. Together with sound engineer Hielke Praagman, Seldis recreated the musical arrangement, replacing traditional classical instruments with tones of various exhaust pipes. From high pitched cafe racers to rumbling choppers. The passionate motorcyclists, who volunteered with their bikes, were transformed into enthusiastic classical musicians. Proving there is music in every loud pipe.

Each year in September millions of motorcycle enthusiasts around the world dress up in their finest attire and ride out on their classic and custom bikes. The Distinguished Gentleman’s Ride raises awareness for the Movember Foundation, a fundraising organisation that focuses on men’s health issues like prostate cancer and mental health issues, such as suicide.

Last year, SuperHeroes also created these crafty hand-drawn ads for Rusty Gold. The illustrations were recently selected as one of the top-200 best illustrations by Luerzer’s Archive.

This tribute wouldn’t have sounded so exquisite without the effort of all the riders in the film. Also a big thanks to: