‘Tis the season for Modern Birds 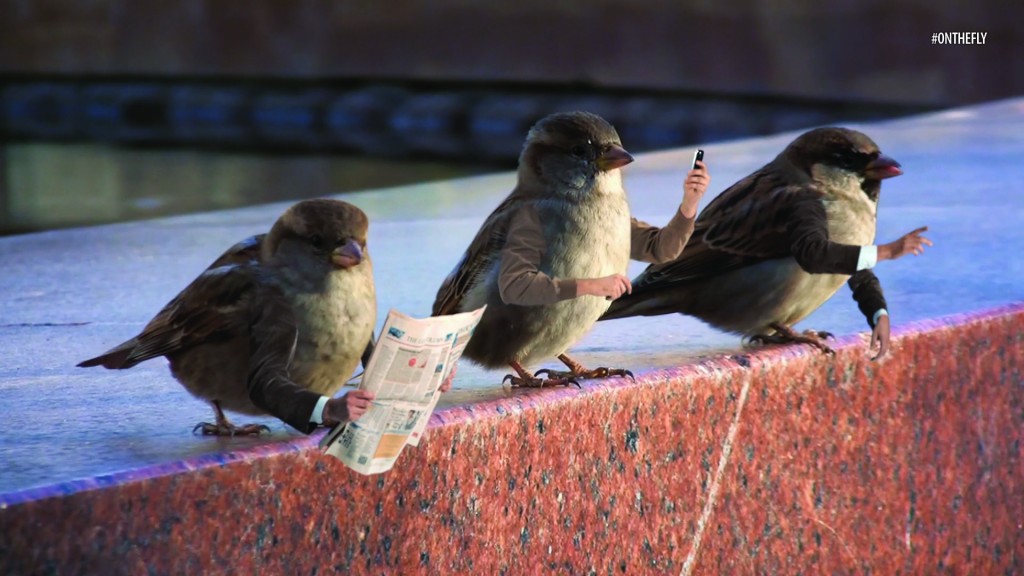 The stress of the holidays can leave even the most modern men and
women feeling a little overwhelmed. But have no fear, Edward the
Tufted Titmouse is here! We’ve created Edward as the spokesman for
our new global campaign for ASUS, featuring the Transformer Book T100.

Edward is the world’s most modern bird, and he’s also the biggest
fan of the ultraportable Transformer Book T100. In a series of three
online films, Edward is showing us the benefits of the 2-in-1 ASUS
T100. It’s a tablet when you want it, and a laptop when you need it.

Are you a Sneak Peeker…with big fat sausage thumbs?

The films take place in our human world, and features birds with arms struggling to make time for the finer things in life. Instead of overwhelming people with product specs, the films playfully reflect on our everyday struggles and show how the ASUS T100 is the perfect alternative.

To hit home with viewers, many of the scenes are based off real life conundrums. For instance, the film ‘Sneak Peekers’ takes its cue from that embarrassing real life moment of running out of battery on your device, and being forced to sneak-a-peek at other people’s screens. It’s all fun and games until you get caught. In the film ‘Lovebirds’, we connect to popular dating services like Tinder. Speed and agility is what you need, instead of struggling to peck out an email on your phone or tablet. We call this having sausage thumbs, and it’s not nearly as delicious as it sounds.

What kind of bird are you?

Supporting the three online films we also developed an an interactive career choice Facebook quiz for users to share with friends that’s in keeping with the theme of our modern, hardworking birds with arms. Ready to find out your true calling? Tying everything together we also created a host of social posts to narrate the entirety of the holiday gift giving period.

Modern Birds is the first global campaign we developed for ASUS, and it also marks the launch of the new SuperHeroes NY office. Greatness! Now flap you wings and clean your beaks. Here’s…. Edward!