How did Topps and SuperHeroes help MLB’s #1 fan catch balls at Citi field when he was actually at a hobby shop? 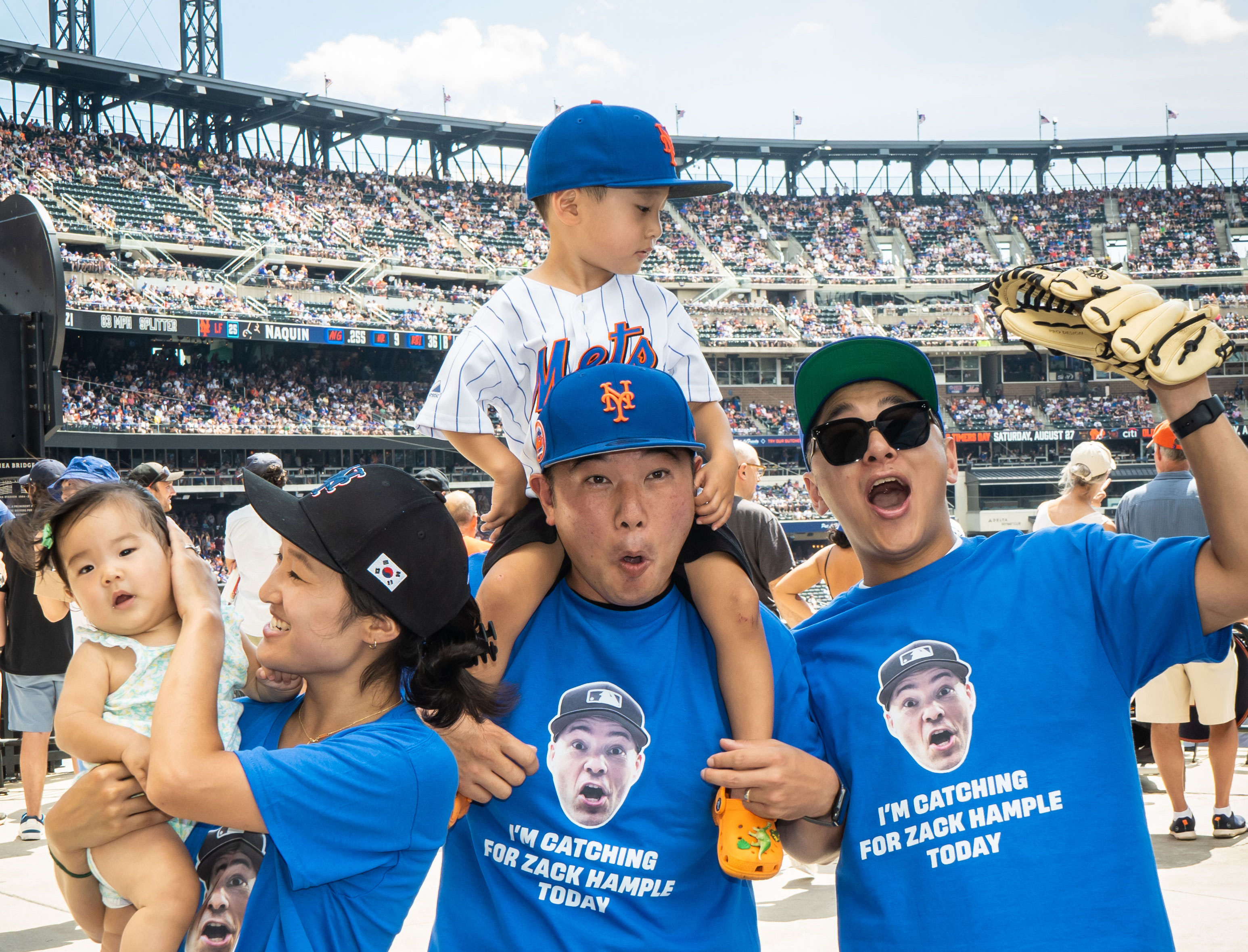 For the last 70 years, Topps has been synonymous with baseball and baseball trading cards.

So when baseball superfan Zack Hample couldn’t attend the Mets game on Saturday, they organized a clever solution that put him in two places at once. The idea turned out to be part of a stunt arranged by Topps’ creative agency SuperHeroes NY to build awareness for Topps International Trading Card Day 2022.

International Trading Card Day is an annual event that Topps hosts at hobby shops around the world. It’s a way to bring the diverse community of collectors together, while also helping support the local hobby shops. To build a little buzz around the event SuperHeroes reached out to Zack Hample, a man who has caught more home runs, shagged more foul balls, and snagged more pop flies than anyone in the world. Hample’s collection of more than 11,000 MLB baseballs includes some famous ones too, including Alex Rodriguez’s 3,000th career hit and Mike Trout’s first career home run.

Why wasn’t Zack Hample at the game?

As an avid card collector and baseball aficionado, Hample is actually a cult icon in the baseball world. When he’s inside the stadium he’s not just catching baseballs, he’s also signing autographs and taking selfies with fans, so his absence from a game is a bit conspicuous. 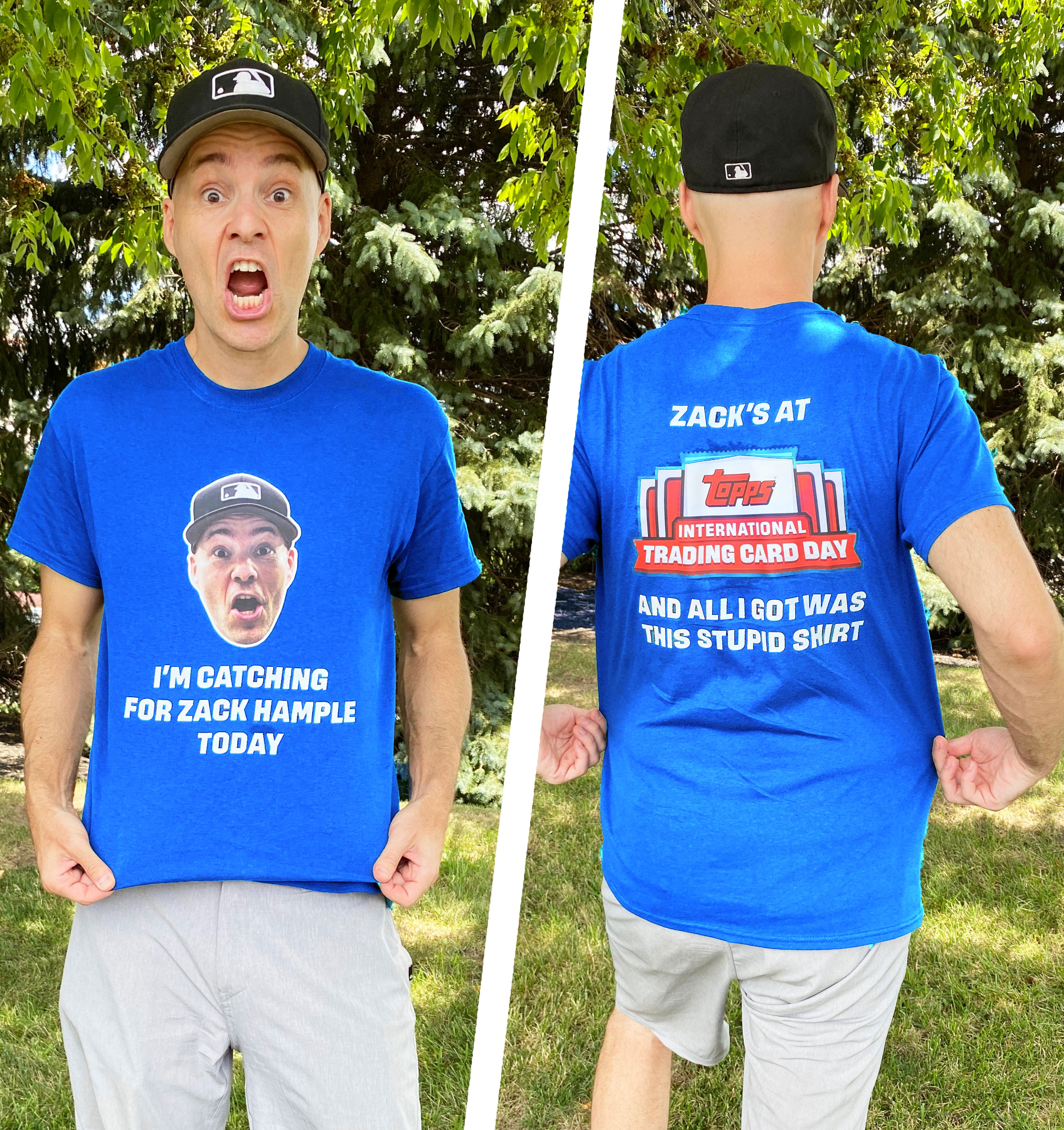 A couple days prior to the August 6th Mets game, Hample reached out to his fans on social for their help catching balls, revealing that he won’t be at the game and will instead be checking out the local hobby shops for International Trading Card Day. 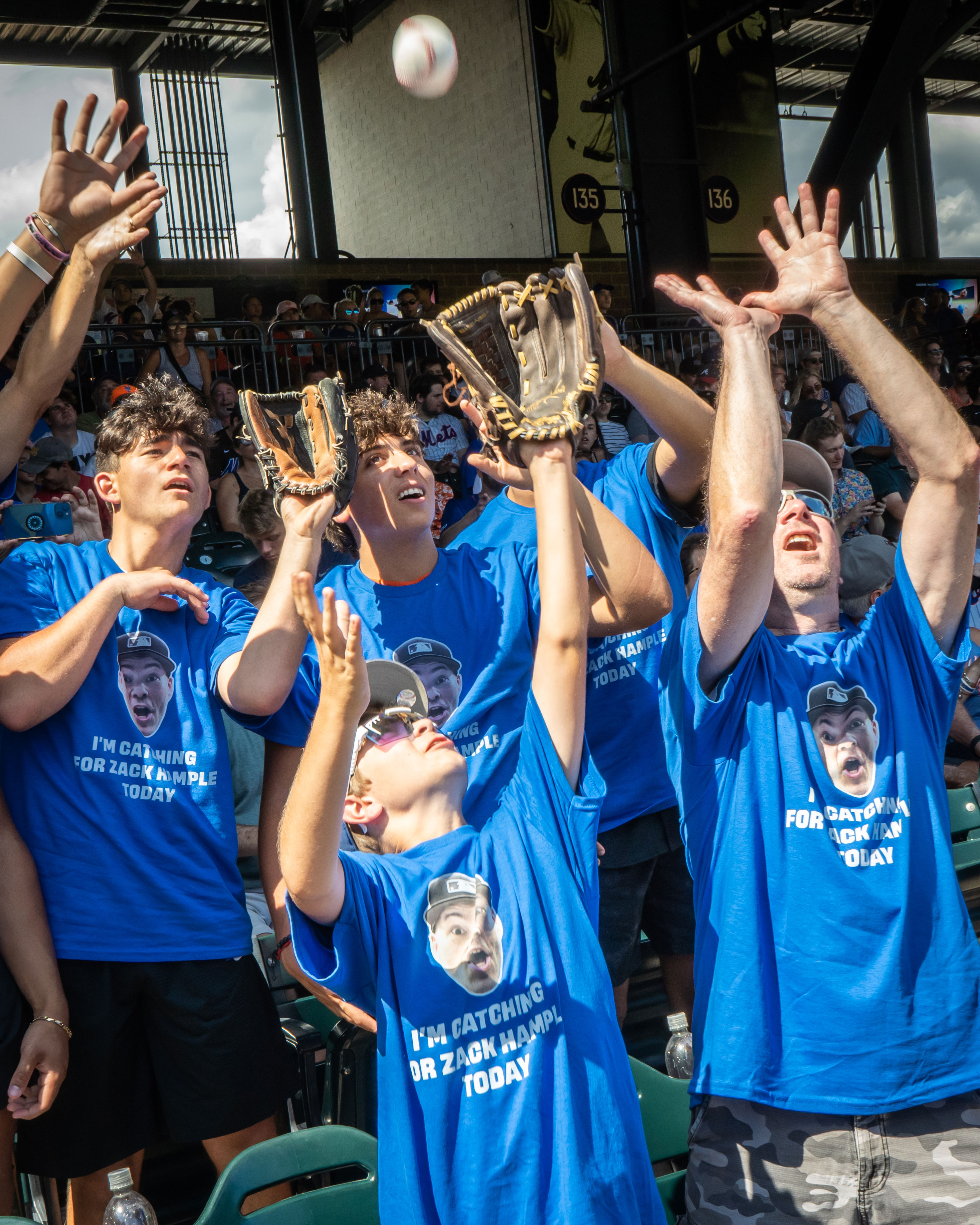 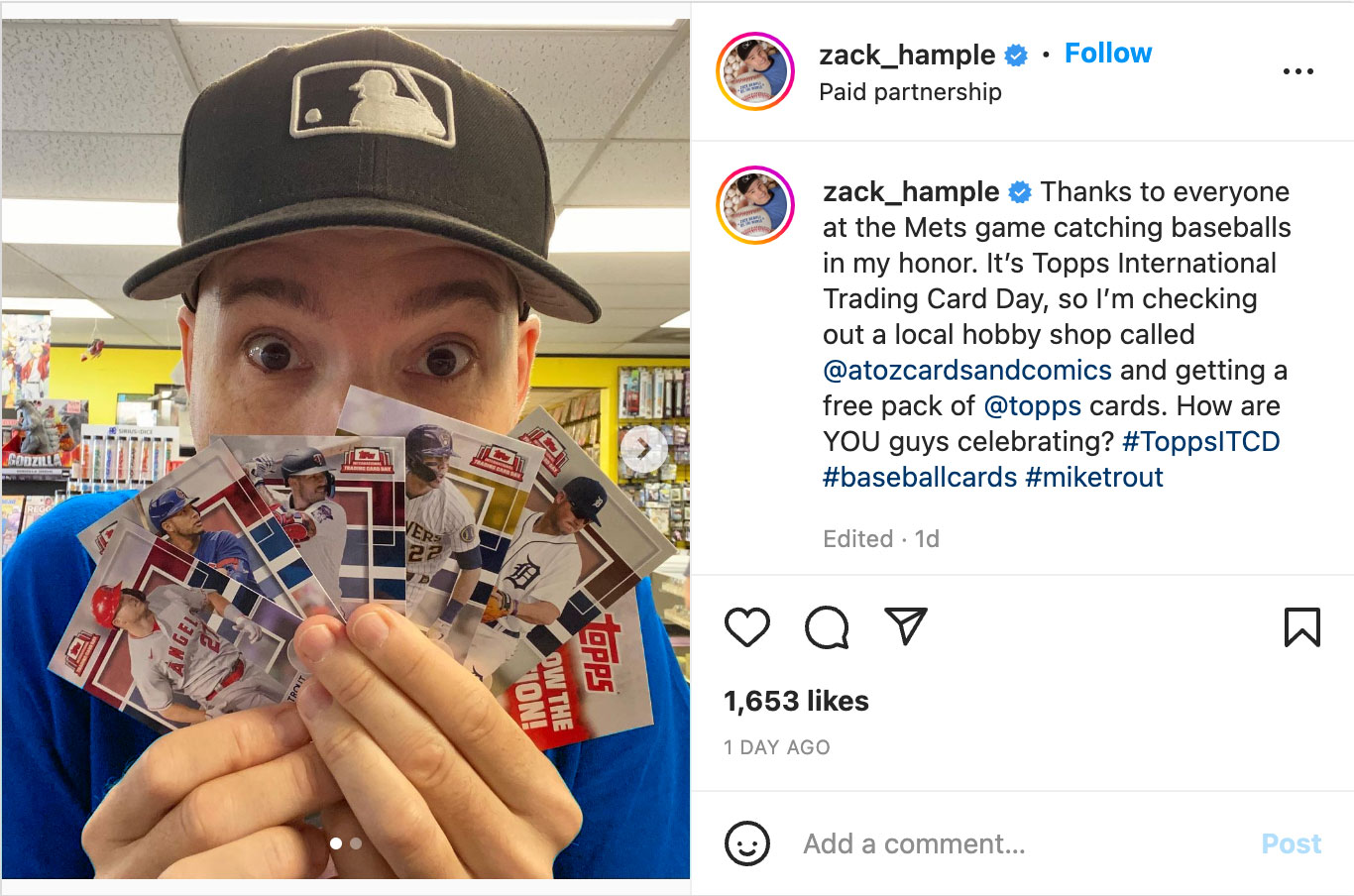 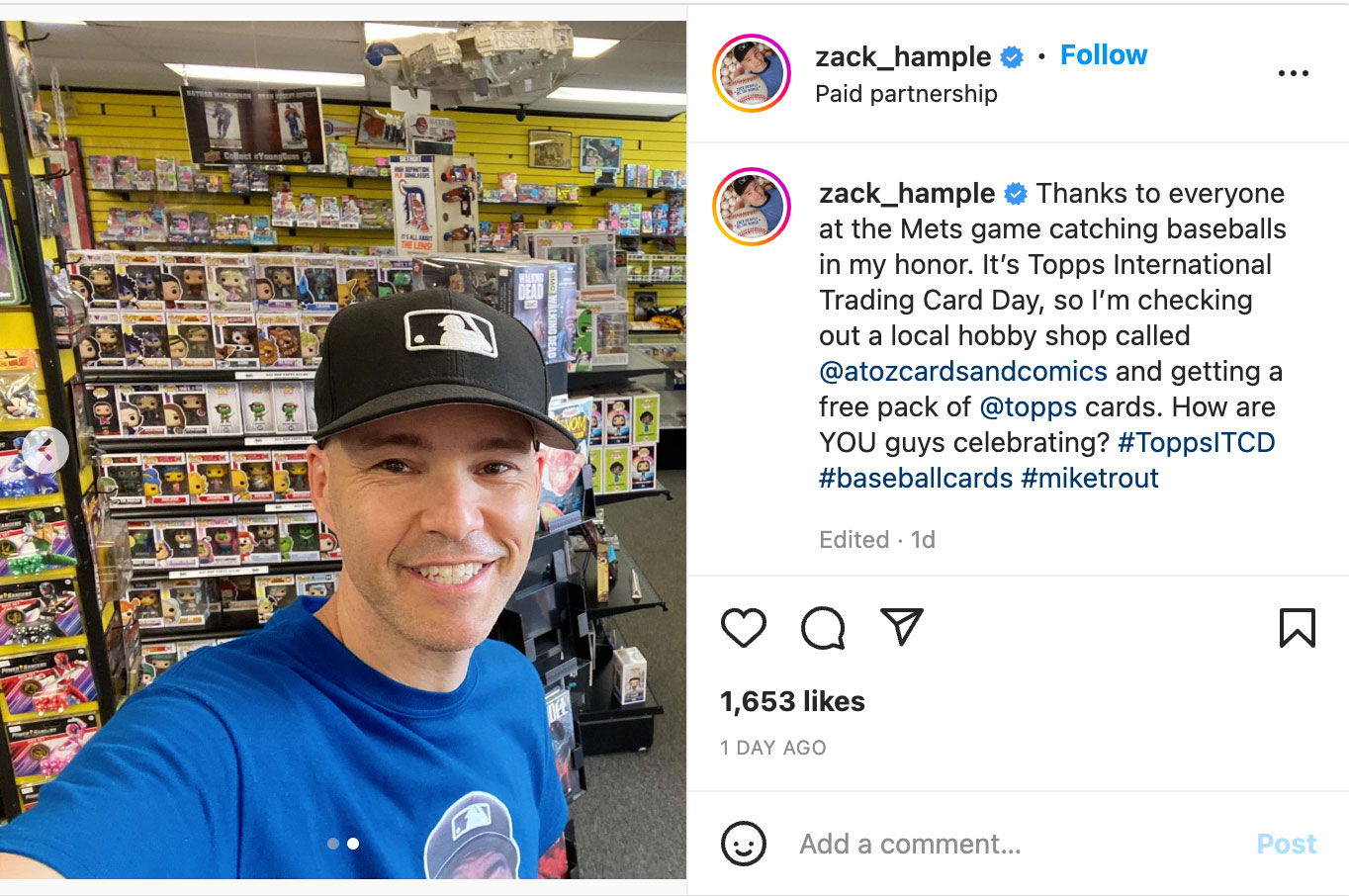 The stadium stunt turned a section at Mets Citi Field into a crowd of Hample’s Helpers, wearing t-shirts that let everyone know they were there to help Hample catch home run balls, because he’s off celebrating International trading card day. The attention boosting activation was a hit with fans at the game who were eager to show their support, and a big win for Topps who helped put hobby shops back in the spotlight. 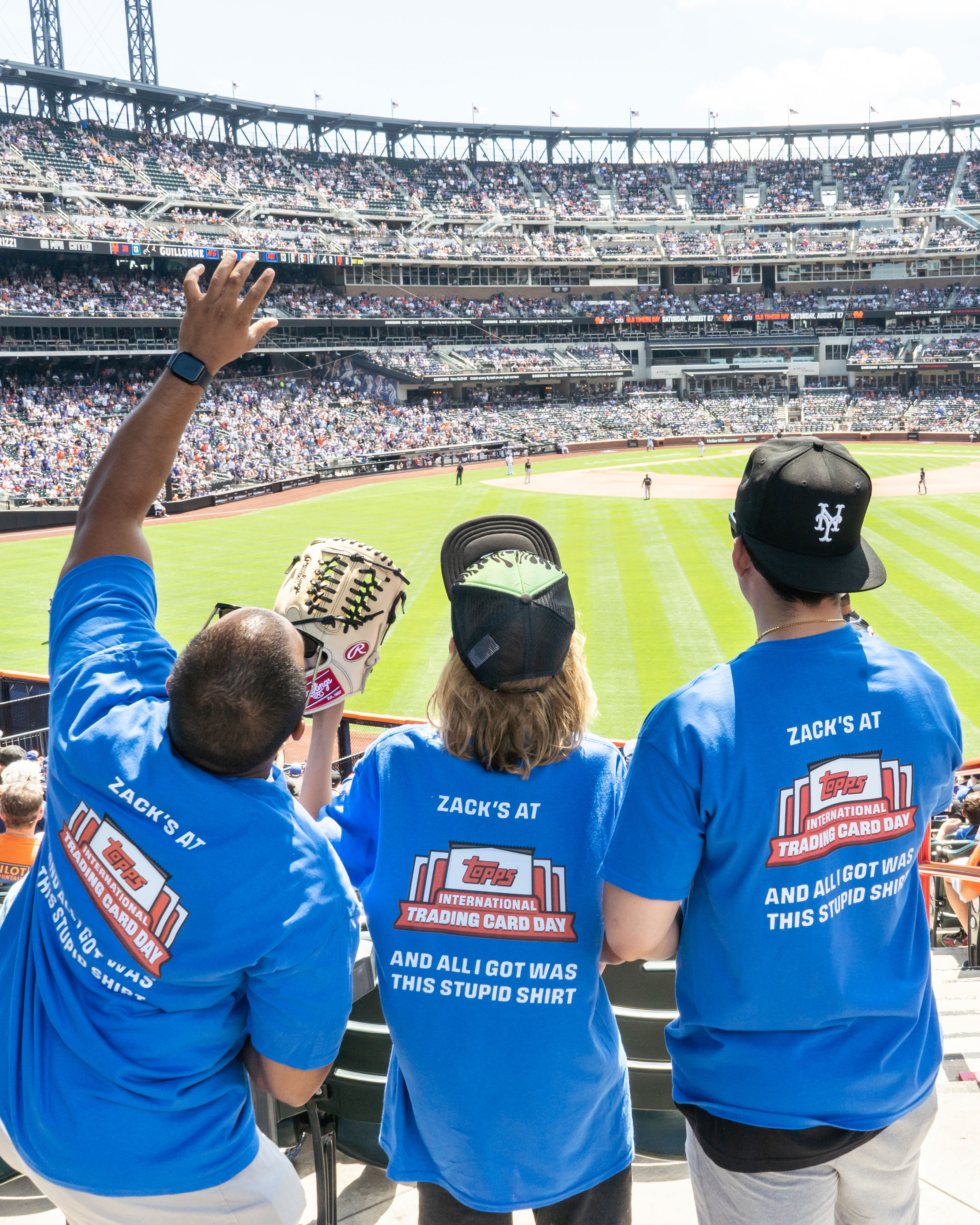 SuperHeroes became the AOR for Topps after an orientation early this year. We developed Topps’ new brand positioning and have kicked off  “Long Live the Moment” which celebrates Topps’  iconic baseball trading cards, while also bringing fresh attention to their newer categories like F1, OTE Basketball, Bundesliga and UEFA Champions League.