Vodafone: do the dance 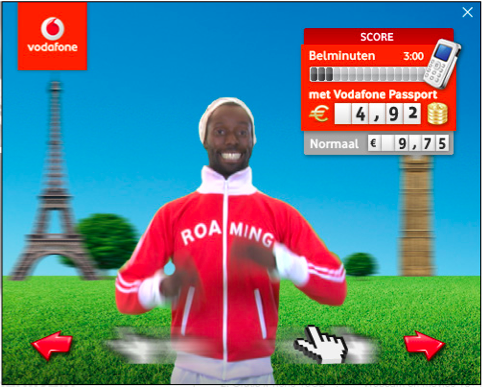 He was already a familiar sight, Vodafone’s rastafari roamer. But nobody before had ever actually danced with him. So just before the summer of 2009, we launched a campaign in which you could actually on mouse control dance with our man. The campaign promoted the Vodafone Passport and ran on a great number of websites. Also it featured on Vodafone.nl for the summer.